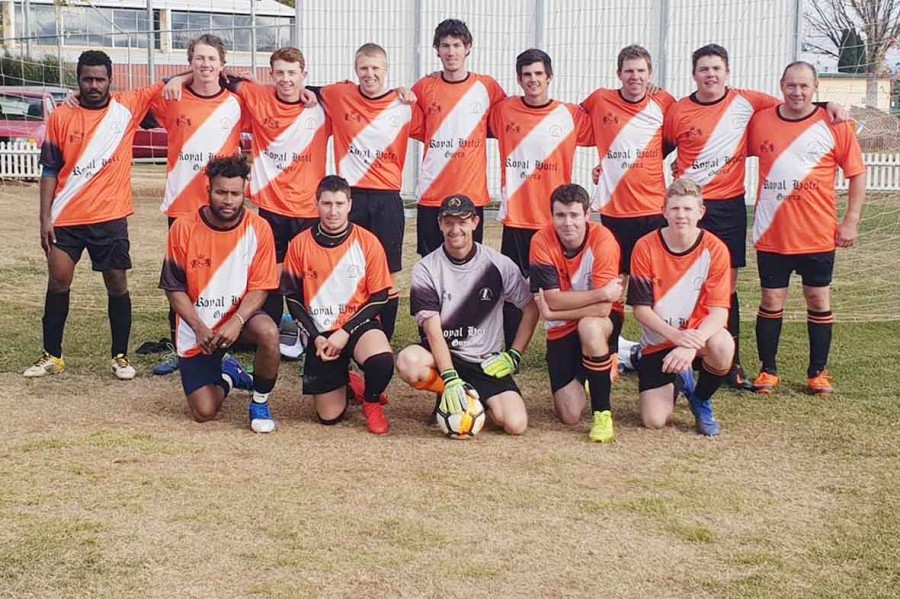 The Caspers travelled to Inverell for the second week in a row with a Grand Final spot up for the winner. They needed a good start and in the early exchanges were completely dominating the Inverell side. This continued for the first 20 minutes until the Guyra boys were awarded a penalty coming out of defence which somehow was overturned by the linesman who was 30 metres away. From this Ben Lennon received a yellow card and Inverell scored what Guyra believed was an undeserved goal with the goal scorer bowing to the linesman in thanks.
This seemed to inspire the Caspers who got back into attack and were all over their opponents until a challenge at the back saw Ben Lennon receive his second yellow card and he was ejected from the game leaving just 10 men for the rest of the game.
Despite this the boys held their heads and went to the break 1-0 down. They got their composure back at half time and were keen to keep up their attack and come away with the points.
The second half was solid but the Casper’s went down another goal 30 minutes into the second half. To their credit they stuck it out until the end but were unable to crack a goal and although the boys lost, they lost no supporters and did themselves proud.
So, the Casper’s are at home this Saturday at 3pm hosting the talented TAS team, with a Grand Final game for the winners and end of season to the loser. With it all on the line the Casper’s would love to have a big home crowd to cheer them on.
HOPE TO SEE YOU THERE