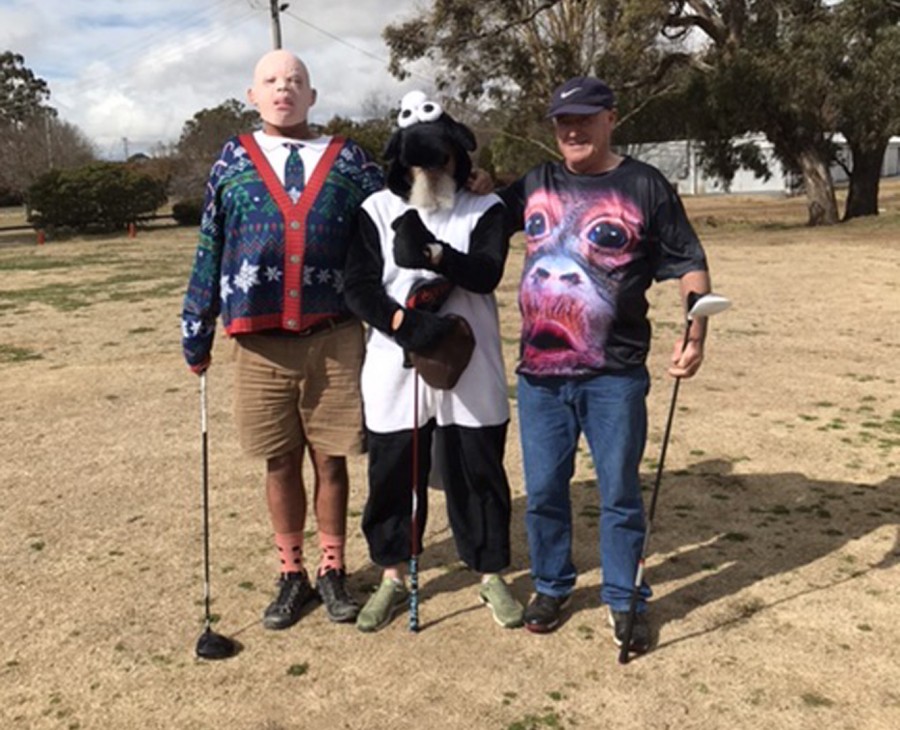 Ladies’ Golf
Last week a field of 12 ladies played for Shona Mulligan’s trophy.
The event was also a Golf NSW Medal Round and putting competition.
Wendy George was the winner with a score of 75 Nett.
The runner up was Kerry Bull on a Count Back from Donna White with 76 Nett.
Donna White won the putting competition.
Nearest the pin winners were Kerry Bull on the 10th hole and Wendy George on the 18th hole.
This week we are playing a Par Medal.
Next week is a Stroke with a Golf NSW Medal Round along with a putting competition.
Jenny Shiels is the starter as well as the sponsor.
Birdie

Vets’ Golf
Last week a pleasant day saw a good field of 16 play the Reg Taylor Stroke competition.
We welcomed Phil Williams and Mal Gaukroger as visitors and also a new Vet. Mick Shiner, we hope to see Mick more regularly.
The Stroke winner with a great score of 78 was Phil Williams followed by Mal Gaukroger with 87. The Nett Winner, Herb Wilson had a good day with 74 nett. and 35 stableford points. Roger Grills also scored 35 stableford points.
Both Mal Gaukroger and Phil Williams shared the lowest putts with 28 putts. Phil Williams had a good day being also closest to the pin on the 7th. The only other nearest the pin was Len Stanley on the 18th.
This week the weather turned a little for the worst and no one braved the snowy weather.
Next week we play a fun 18-hole par 3 event.
A Vet

Last Sunday’s 4BBB stableford was hotly contested with the winners being Andrew Youman and Chris Newberry with 42 points. They also won the fashion award for the day.
Nearest to the pins were Mal Gaukroger on the 7th, David Lyes on the 10th, and Barry Simpson on the 18th.
Next Sunday will be an 18 hole stableford for a club trophy.
The Albatross

After a false start and inclement weather, the Saturday games were called off. However the Sunday games had better luck and games went ahead.
In Open Singles: Dan Kennedy played Robert Walls. Robert really put it to Dan for the first 12 ends but Dan soon found the green to his liking and went on to take the win 31 shots to 16 shots over 25 ends.
The other Open Singles was between Col Stanley and Barry Campbell. Col jumped out of the starting gate early but Barry caught up and drew level by end 7. From then Col took control and went on to take victory 31 shots to 13 shots over 21 ends.
The other game played was a Handicap Singles game played between Cameron Peardon (+1) and Mallie Walls (0). Cameron enjoyed a 1 shot start and he made it pay but Mallie not to out done made up the deficient and went on to win the encounter 31 shots to 19 shots over 33 ends.
Now to this weekend’s games:
Saturday July 18th. Start: 12.00pm. Starter: John Jackson. Umpire: David Wilcox.
Open Singles: Col Stanley to play John Jackson marker David Wilcox.
Handicap Singles: Andrew Sparke to play Roger Cox marker Barry Presnell. Robert Walls to play Mallie Walls marker Barry Campbell.
As stated last week all boarded games are play or Forfeit as the Match Committee endeavours to finalise the Open Singles to have a Club Champion in the Champion of Champions.
The Bowls Bandit