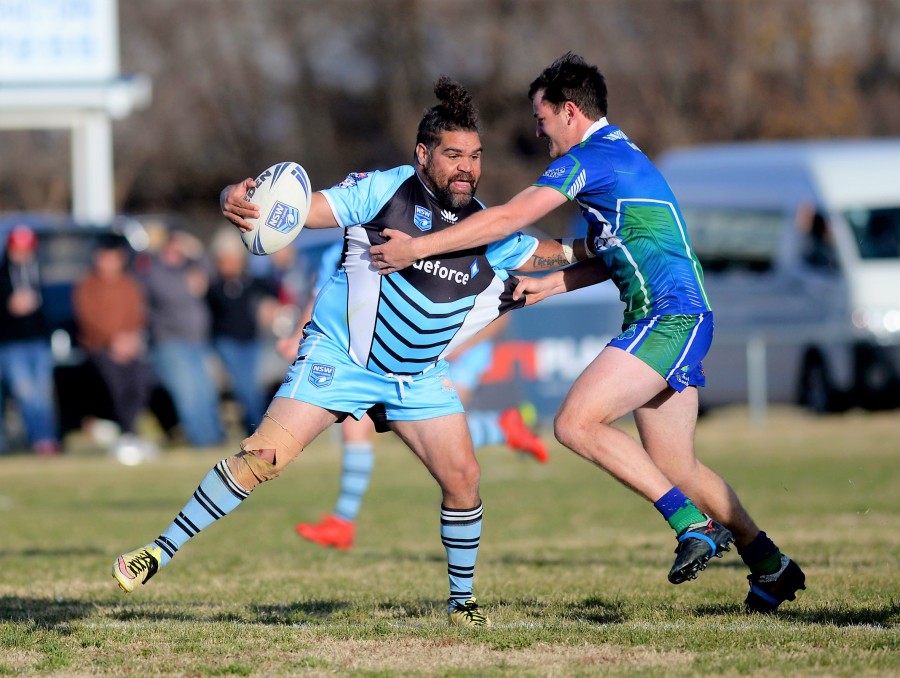 The Super Spuds smashed the pie eaters on their home track last Saturday, but face a much harder test at the New Red Hill this Saturday.
After conceding points to begin every game this year, Guyra finally got on the board first at Armidale with Jack Armatage scoring out wide.
The Rams hit back soon after to lead 6-4 but it was the only time the Spuds were troubled.
Rheece Handebo ran in a try from about 40m out, DJ Patterson added one from much closer range and Corey Torrens added the fourth Guyra try late in the half.
Only the goal-kicking into the wind kept the home side in it at 16-6.
After halftime Torrens ran in his second by beating several tacklers and Corby Kliendienst used his soccer skills to post his maiden try of the year.
That blew the lead out to 26-6 and despite total dominance the Spuds only managed one more score when Torrens brushed off some feeble tackles to bag his hat-trick.
Beau Orchard had a blinder despite a corked knee and Torrens was hard to handle.
They secured most of the individual awards and points, but also good were Armatage, Dan Clyde-Smith, Harry Rowbottom and Lachie Williamson.
The Spudettes didn’t have such a good day, going down 28-nil to the Rams.
The defensive effort for much of the game was very good, but possession and speed told in the end with three tries in either half.
Best for Guyra were Ash Richardson, Taylor Waters, Sharnie Cullen, Bianca Grob and captain Britt Youman.
This Saturday the premiership-favourites, the Moree Boomerangs, come to Guyra.
The canteen and bar will be open and a wood raffle is being offered with tickets available at Fourways.
The club would love to see some new volunteers come and help out.
Games kick off at 1pm.