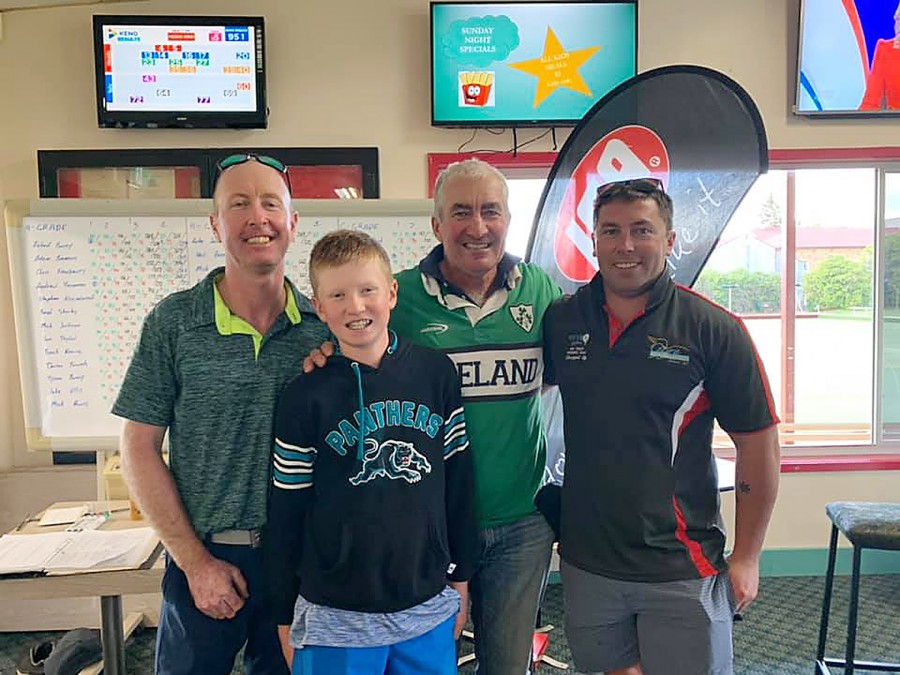 The club golf championships for 2021 have been run and won. Saturday saw the Guyra Smash Repairs third round which was won by Aiden Purvis with 63 Nett. The runner up on a countback was Bob Constance . Nearest to the pins were Beau Orchard on the 7th, Michael Shiner on the 9th, Aiden Purvis on the 10th and Peter Jackson on the 18th.
Thé final round was played on Sunday and was sponsored by Kirks IGA. The winner with a Nett 70 was Bob Constance and Aiden Purvis was runner up. Nearest to the pins were Adam Brennan on the 7th and 9th, Mick Shiner on the 10th and Mick Jackson on the 18th.The long drives went Bob Constance on the 4th and Steve Wilson on the 13th. Bob Constance also took out the February monthly mug.
After four rounds the Guyra Fuels champions are Mick Purvis in A Grade ,Peter Jackson in B Grade and Beau Orchard in C Grade , The Nett winners were Brock Reeves in A Grade , Bob Constance in B Grade and Aiden Purvis in C Grade. The junior champion is Harry Purvis.
Congratulations to all the winners and everyone who played.
Next Sunday an individual par which will be played for a club trophy.
The Albatross