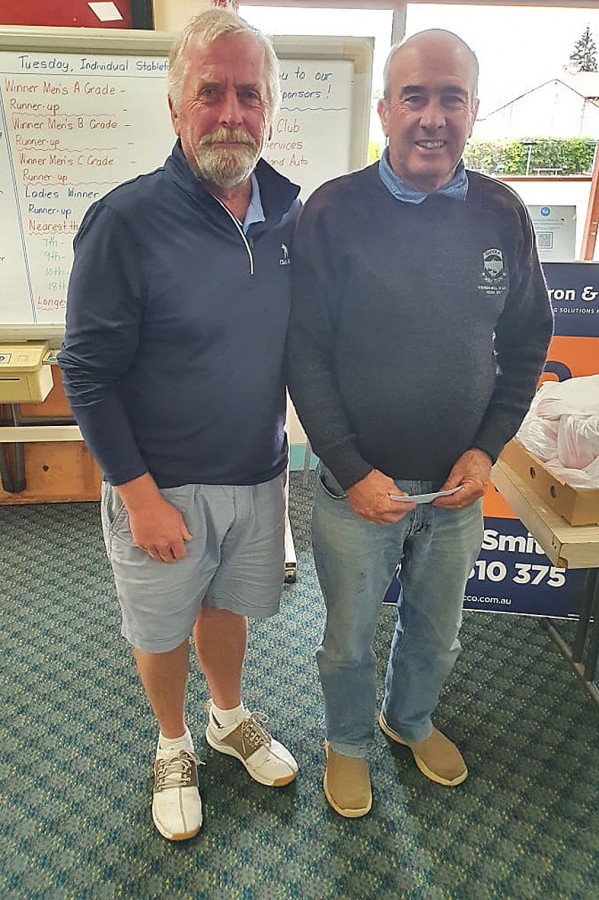 On February 28 and March 1st, the Guyra veteran golfers held their annual Open Days.
There were visitors from Sydney, Newcastle, Goondiwindi, Warialda, Nambour as well as representatives from all the New England clubs. Unfortunately, Brisbane players could not make it due to the floods.
The first day was a fourball with 40 players, which was won by locals Mick Shiner and Ian Taylor with a score of 42. The runners up were also locals Phil Devlin and Col Walls with 39.
Nearest the pins went to Phil Devlin on the 7th, Andrea Swemmer from Goondiwindi on the 9th and Robert Denniss from Walcha the 10th.
The second day we had 55 players compete in an Individual Stableford. The day was marred by a storm that hit the back nine but did not affect the front. Most players on the back nine pulled out a few holes short due to the torrential rain.
In the men’s, A Grade was taken out by Ian Taylor with Michael Jackson runner up on 38 and 36 respectively. The B grade winner was Neil Paine on 36 followed by Col Walls with 32. C grade was again taken out by a local Phil Devlin with 33, but runner up was from Nambour Club, Ray Clegg 30.
In the ladies, Debbie Heffernan won on a countback from Wendy Jackson, both with a score of 31. Nearest the pins winners were Ray Clegg, Nambour on the 7th, Pip White the 9th and Michael Jackson the 10th. Longest drives for men was Ian Taylor and Pip White for the ladies.
The Vets would like to thank the sponsors for their assistance on the day: The Bowling and Recreation Club, New England Autos, Nutrien Ag, Kelso Services, Costas, Natalie Bower “Seet Box”, Kimberlee Pascoe and Rachael, and of course the Sydney players who bring an item each year to be raffled. Thanks to everyone that made the days great.
A Vet 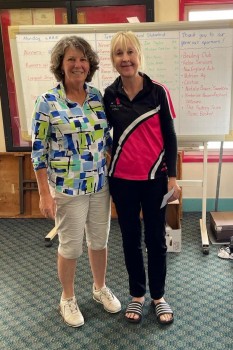 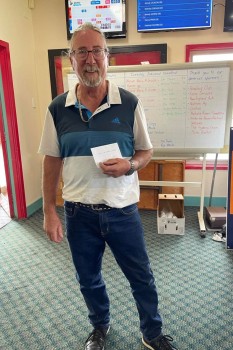