Range upgrade in the sights of Sporting Shooters 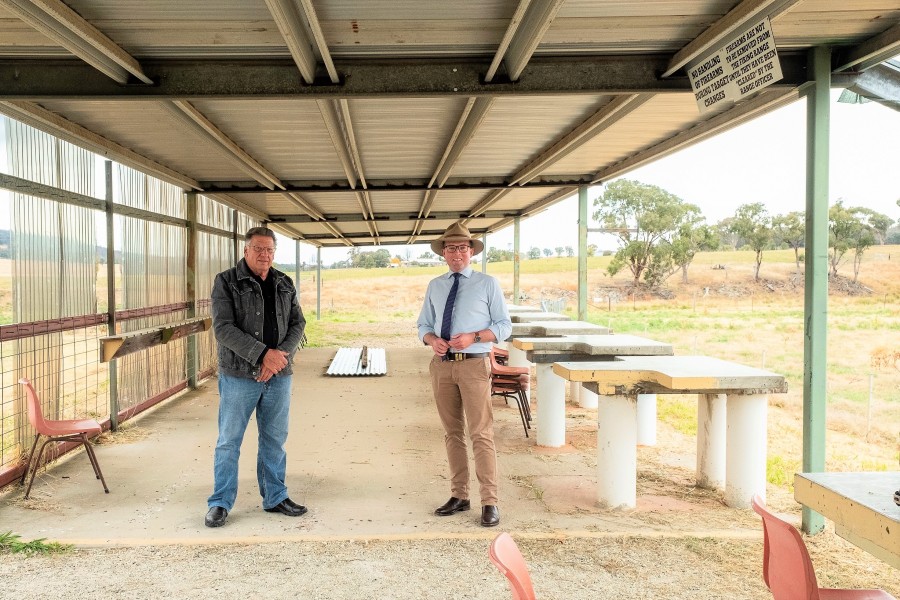 Members of the Guyra branch of the Sporting Shooters’ Association of Australia (SSAA) will shortly have improved access to their range, thanks to a $7,700 State Government grant to construct new paths and repair the firing point structure.
Northern Tablelands MP Adam Marshall announced the funding last week and said the project has three components which would help ensure people with a disability or mobility issues could still participate in their sport.
“No matter your age or level of ability, shooting really is one of those sports which anyone can participate in,” Mr Marshall said.
“There are 1,151 licenced shooters in the Northern Tablelands who will benefit from these works, which include a new disabled access path built leading to the range, repairs made to the existing firing point structure and a new concrete floor installed at the firing line.
“Shooting is an all-inclusive sport which has a wide appeal and I hope by making these much-needed improvements to the range the association might see more shooters from the Guyra and Armidale areas join its ranks.”
Guyra SSAA member John Davis said the branch had its sights on these works for some time but needed some financial assistance to get them going.
“While our branch is made up of shooters of all ages we do have a large number of older members, which is why it’s important we have smooth access to the range and firing area,” Mr Davis said.
“Though we are a little off the beaten track, the Guyra branch does have a quality range and I hope by making these improvements we might be considered as a potential venue for future regional shooting events.
“Delivering this project will be a joint effort with both local contractors and branch volunteers rolling up their sleeves and I expect the project will be completed within six months.
“On behalf of our members I would like to thank Adam for his support and look forward to his future association with our organisation.”