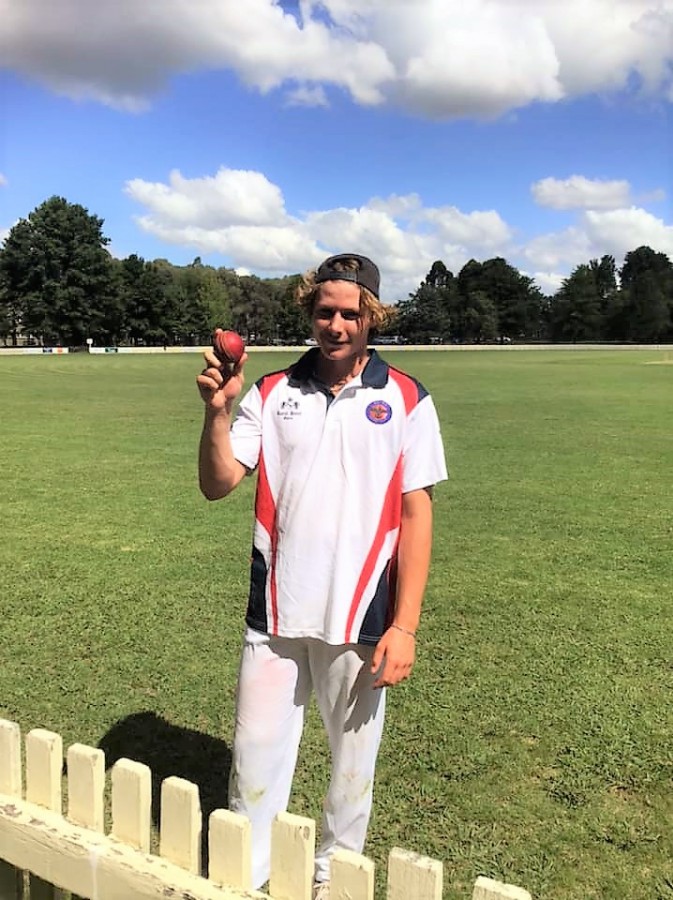 Cricket
Guyra Cricket Club’s hopes for a grand final win this year will rest solely on their first grade side after both second and third grade went down in their preliminary finals on the weekend.
Expectations were high for the 2nd grade minor premiers, who dismissed Hillgrove for 96 runs in the 35th over. In a good display of bowling, Billy Youman took five wickets and conceded just nine runs, giving his side a good chance of a win.
Unfortunately, Guyra wasn’t up to the task and capitulated for just 52 runs, putting an end to their hopes of a major premiership title.
In what proved to be a low scoring day the third grade side also struggled with the bat and managed to bat only half of their overs to be all out for just 74 runs. Only Simon Brown (32) and Jim Lenehan (12) made it to double figures. In reply, Hillgrove conceded just four wickets to pass this total in the 25th over.
In junior games, the under 15s ended their season with a loss to TAS White. Batting first Guyra were dismissed for 71 runs, with Rave Brazier (18) the best with the bat. In reply TAS lost just five wickets in the run chase. Wicket takers for Guyra were Lincoln Brown (1/8), Cooper Brennan 2/7 and Brendan Landsborough 2/11.
The under 13s (4/94) went down against CSC Easts Green (0/97). Aidan Brown (15 n.o.) and Hugo Brazier (42 n.o.) were best with the bat. The team finished second on the ladder and will play in the final this weekend against CSC Easts Gold. The under 11s (6/114) defeated Hillgrove Colts (4/95).

Men’s Bowls
Two games were played last Saturday with Robert Moore taking on Dan Kennedy, Dan took control early and never let Robert into the game winning 31-8. The other game between Col Stanley and Anthony Bull was also a one sided affair with Col winning 31-11.
This Saturday three games of club pairs will be played with John McIlwain and Anthony Bull to play David Wilcox and Bob Goodchild, Roger Cox and Evan Sole to play Barry Presnell and Andrew Sparke, and the final game will be between John Jackson and Barry Campbell playing Col Stanley and Tim Ellis. All games starting at 1 pm.
Jack

Last week 12 ladies travelled to Uralla for a game of golf. The winner of the day was Wendy George with 34 points. Runner up was Julie Walker on a countback from Kerry Bull and Debbie Heffernan with 32 points. Nearest the pin winners were Kerry Bull and Debbie Heffernan.
This week the ladies are playing in the NEDGA 3-day tournament down in Walcha. Next week is a Par Medal Round, Pip White is the starter.
Birdie

Midweek Golf
Club confirmed Monday morning that the front nine is open and to proceed with caution. The midweek will be finalised on SATURDAY at 5.30pm. This is our last week to play and the Club has offered to host a BBQ for everyone Saturday afternoon at 5.30pm. Please give Leonie Taylor numbers attending if possible.
Middy