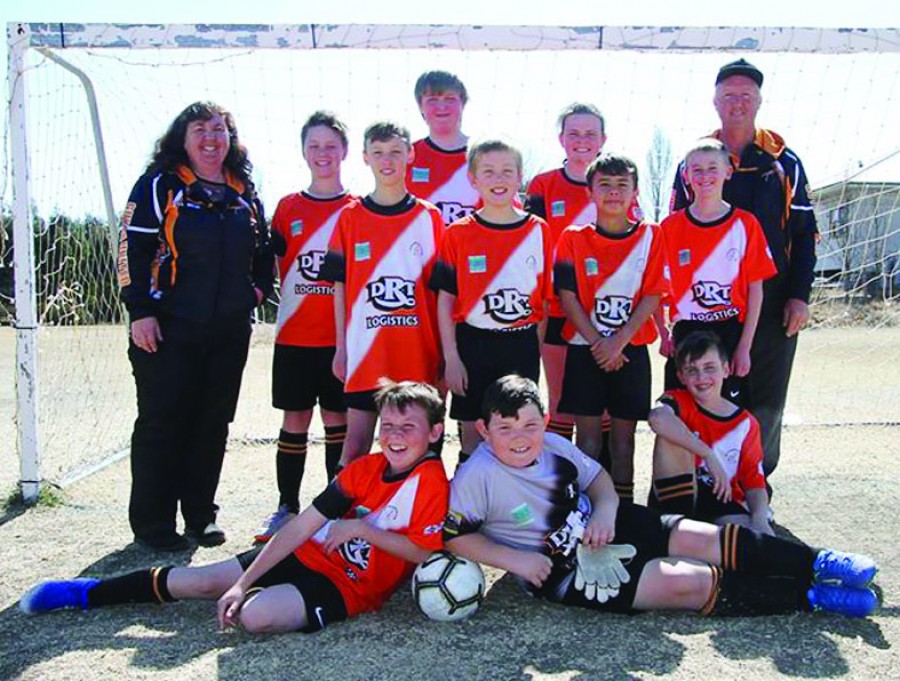 This weekend was a busy one for Junior Soccer. Our 14B Lil Caspers and 16A Jnr Caspers played their final games for the season. The 12B Spirits and the 14A Ghosts cemented their places in the semi-finals and we wish them luck this Saturday 7th of September. The 12B Spirits and the Under 9 Vipers also took part in the Jack Vallance Memorial Carnival on Sunday and a great day was had by the players and their families.
The rest of our Junior teams, Under 6s – Under 10s, will play their final games at the Rologas fields in Armidale this Saturday. The final round is a fun way to finish the season. A jumping castle will be at the fields from 8.00am for the young players and their siblings. The 1st Grade Senior Team will be playing in Guyra at 3.00pm on Saturday so please come and support our players in their finals if you can.
12B Spirits were the only team to play at home on the weekend, taking on East Green in their final round before the semi-finals. The team played extremely well with great defence keeping the score low. Guyra made some great attempts at goal but failed to find the net. East Green scored a goal in each half with a final score of 2 – 0. A big thank you to Mick Purvis for stepping in as referee this week.
Ten of our Spirits backed up again on Sunday taking part in the Jack Vallance Memorial Carnival in Armidale. With beautiful weather, a very enthusiastic team and great support from families, the day was destined to be enjoyable. The Spirits played in Pool A against leading teams from Armidale (Souths A’s and Armidale City A’s) and Inverell. Despite being a player down the Spirits were very competitive, winning 2 out of their six games and coming 3rd in Pool A.
Angus Dullaway was outstanding in goals, even winning the respect (and cheers) of the opposing teams. Ryan Saunders played well in defence until taking a hit to the face in Round 4. A big thank you to Stevie McElroy for filling in for Ryan for the rest of the day. Leigha McElroy continues to be fearless in defence and covered a lot of territory throughout the day. Neville Stanley has improved with each game this season and had a great day in the back line. Jason Mowbray and Daniel Grills maintained the play in the centre taking some great runs and passing with even greater accuracy. George Williamson and Jake Tibbs were as reliable as always on the wings, drawing the ball out and taking a shot when possible. Our strikers Cooper Reeves (carrying an injury) and Jack Soraghan maintained their pace and energy throughout the day and were rewarded with 5 goals, 3 to Cooper and 2 to Jack.
At the end of the day there were two very proud coaches and ten tired but happy players. Congratulations to the Inverell FC Aces (Coached by former Casper Rod Douglas) who went on to face the winner of Pool B and took home the winner’s medals for the 12’s Division. A big thank you to all of the families who took part on Sunday, especially the dad’s celebrating Father’s Day. A great day was had by all.