Cricketers sit it out due to wet weather 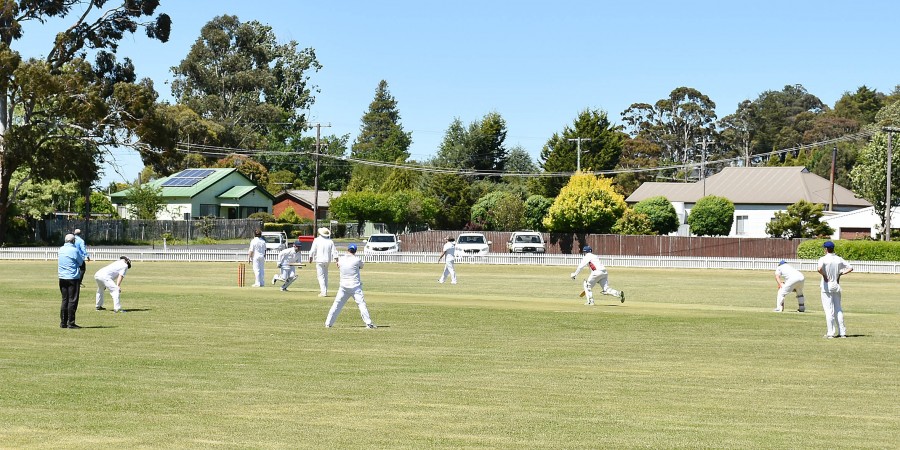 After a dry first half of the year, wet weather has caused the cancellation of the last two weeks of games for senior cricketers.
The third grade T20 final which was set down for February 9th was called off due to rain, as was the full round of cricket last weekend. The T20 final will now be played this Sunday, February 23rd (weather permitting).
.Junior games went ahead on February 8th with the under 14s getting a win, the under 12s a loss and the under 10s a draw and a win. The under 14s are having a good season, winning seven out of nine games played so far. They continued with their winning form with an easy win over CSC Gold in their most recent outing.
Guyra batted first and made 6/141 with Tahmani Landsborough (17), Jack Lockyer (44 not out) and Brodi Campbell (42 not out) the best for Guyra. In reply CSC Gold were dismissed for just 52 runs. Wicket takers were Tom Lockyer (2 for 4), Brendan Landsborough (3 for 3) and Cooper Brennan (1 for 2).
In the under 12 game Guyra struggled against Ex Services who batted first for the loss of just two wickets for a total of 120. Thomas Brazier and Tynan Bull captured the only wickets on the day. In reply the Guyra side put up a good chase, falling short in the 22nd over to finish the day on 8 for 91. Best with the bat were Emory Levy (15), Hugo Brazier (31) and Tynan Bull (18 ret).
In the under 10s Guyra Red were looking like a win, before the match had to be abandoned. They restricted Hillgrove Brumbies to 3/56 and were 1/40 when the game was abandoned. Guyra Black had better luck against Ex Services who batted first to finish their innings on 9/78 (CC). In reply Guyra hit out and managed a good total of 8/143 and a win.
All cricket was called off on the weekend after the grounds were closed due to the rain. If the weather holds out this weekend Guyra will take on Easts at home in first grade, second grade will sit out another week with the draw and thirds will take on Hillgrove at Newling Oval.
Junior games set down are Under 14s v Hillgrove at Newling 2, Under 12s v Hillgrove Brumbies at the Truckstop, Under 10 Guyra Red v Uralla at John Oxley Oval 2 and Under 10 Guyra Black v Hillgrove/CSC at Guyra Central School