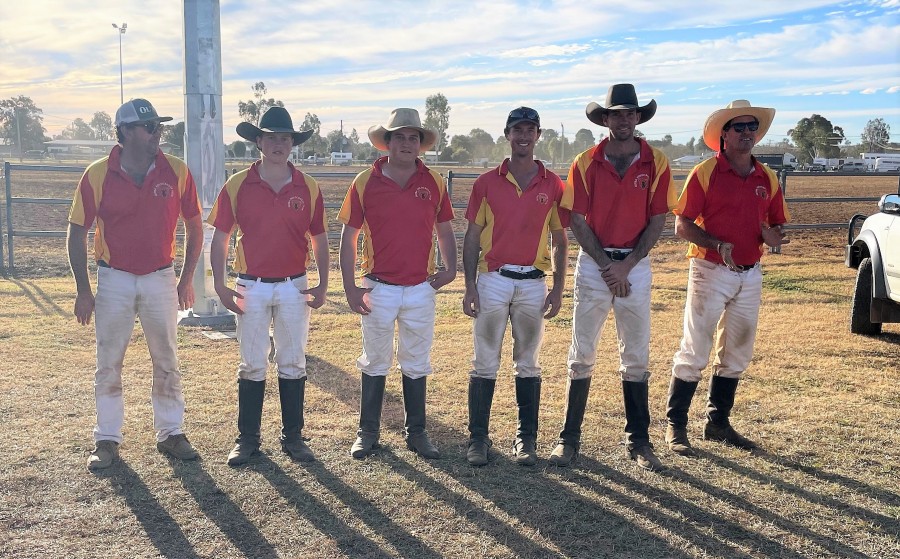 On the weekend, the Guyra Polocrosse Club took five and a half teams to compete at the annual Bingara carnival. In what was a glorious weekend of sunshine, Guyra took the winnings for most of their teams.
The Juniors came home as runners up against the very hot Quirindi team, and with only 10 sub-juniors they unfortunately did not have a true competition. Josh Bourke’s mare, Chapmans Mistake won a stock horse award
The C grade made it to the final against Bunnan and managed to take the win in extra time. Player awards went to Max Johnson and Craig Klinger.
Guyra fielded two women’s teams. The Guyra 1 team won all of their games, and this took them to the final against Quirindi. Unfortunately Quirindi forfeited the final, this making Guyra the winners. Player awards went to Carlie Grills and Bridget McKemey.
The highlight of the weekend was the men’s A grade team making it to the final against Inverell. In what was a close fast game, Guyra was down by four goals coming into the last chukka. The boys, Sam Hanlon, Tim Finlayson and Todd Waugh, dug dip and bought the team back to evens, this put the game into extra time. With Abbott Grills picking up the ball, assisted by the defence of Zac Finlayson, he carried it to Matt Grills waiting in the goal scoring area. Matt worked hard to hold the ball on his young horse as the supporters held their breath on the sideline. Matt showed patience, experience and skill when he successfully threw the goal, giving the team the win!
Player awards went to Tim Finlayson It was a great weekend and so nice to see so much support from the Guyra Club. Let’s hope Guyra can continue their winning streak.
Katrina McKemey