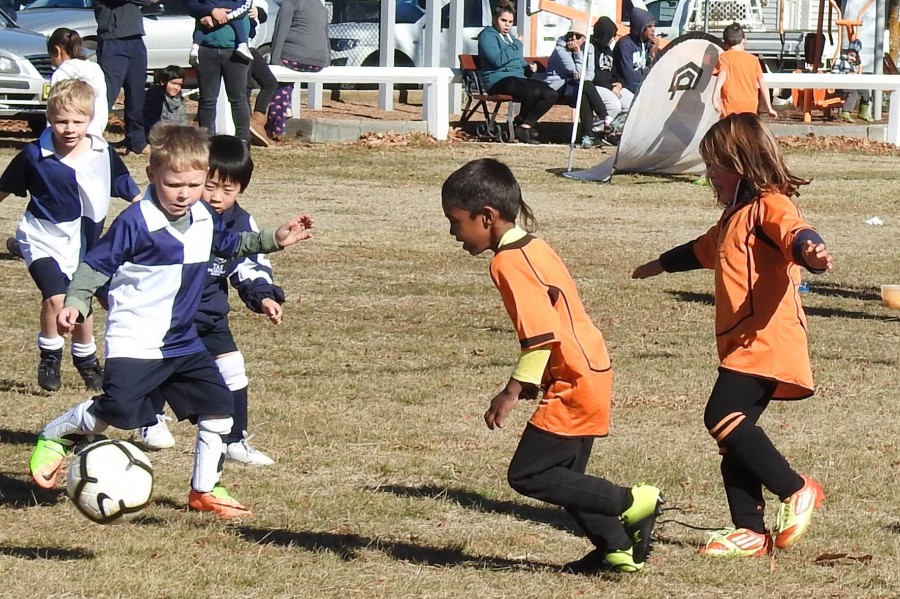 It has been a busy week for Junior Soccer with Alex Rowe, the Miniroos Development Officer at NNSWF, spending some time with our younger teams on Thursday afternoon. Alex showed our Coaches and players some great games that are designed to develop the player’s skills whilst being great fun. There certainly was a lot of enthusiasm and laughter on the day with parents, coaches and players thoroughly enjoying the session. A big thank you to Alex for his time and for the coaches and players for their involvement.
After a few weeks away the action returned to Guyra’s soccer fields this week. With illness hitting some of the Armidale teams two fixtures were forfeited, so the Under 8 Jaffas and the 14A Ghosts had an unscheduled week off. The Under 8 Skittles and the U14 Lil Caspers travelled to Armidale.
Under 6 Spooks - The Spooks saw the return of Corey Banfield this week. TAS scored the first goal of the game but this inspired Guyra’s players who then went on to score 8 goals for the morning. This was a great game to watch.
Under 7 Smarties - The Smarties worked well in the first half with three goals scored. Goals went to Flynn McFarlane and Darcy Sisson. The second half was a closer contest with the boys being unable to add to the scoreboard.
Under 7 Jellybeans - The Jellybeans had a full team this week and had a great time running around. We are still working on our defence however the kids are getting more confident chasing the ball in attack and taking shots at goal. Congratulations to Rose Gordon who scored her first goal, fantastic work. Taearliegh and Hamish were also successful in scoring a goal each. A special mention to Rose for showing determination in attack and to Tyrell and Lachlan C for trying so hard in defence and watching the ball. Thank you to Corey who was our guest coach for the second half and thanks again to Dave for organising subs.
Under 12 Spirits - After last week’s win, the Spirits took to the field with confidence leading to two quick goals to Ella Vidler. The players have finally adjusted to the larger field making the most of the space on the wings. Cooper Reeves continued adding to his goal total with two great shots finding the net before half time. The action remained in Guyra’s half for most of the game with limited action in our goal. After breaking through Guyra’s great defence TAS scored just prior to half time. TAS tightened their defence in the second half and changed their goal keeper hoping to shut down the Spirits offence. Jake Tibbs applied great pressure to the new goalie having three attempts in one play which was eventually completed by Charlie Wilson who had positioned herself well in the goal box. TAS managed to break through the defence again to add another goal late in the game leaving the score 5 – 2 to the Spirits at full time. A great effort by all players this week. 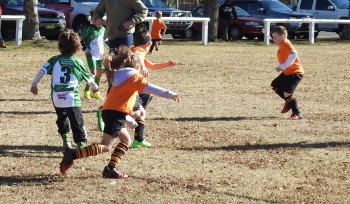 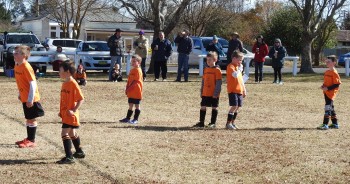 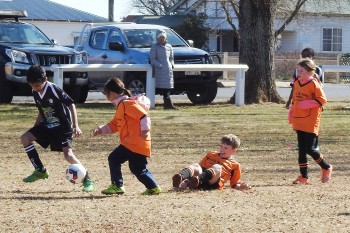 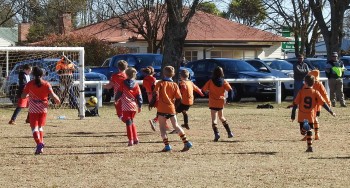 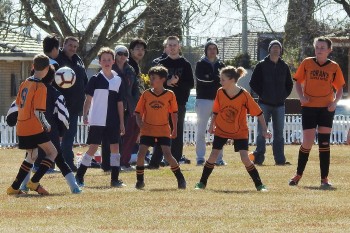