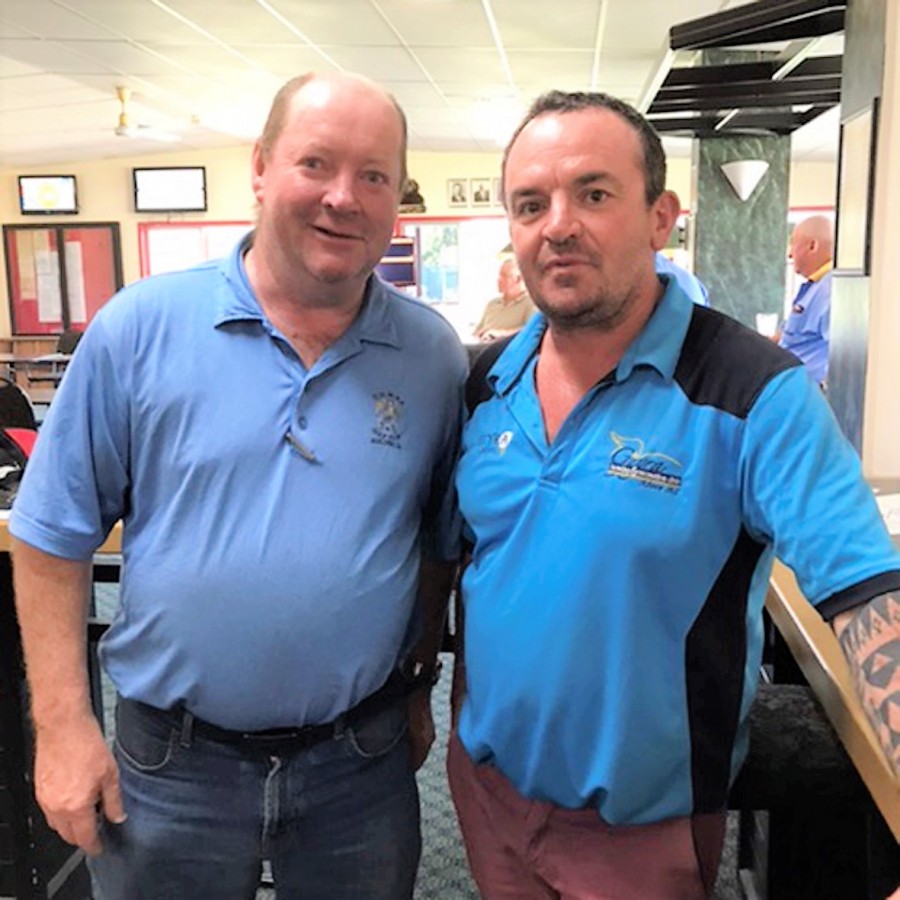 Men’s Golf
On Sunday thé Dougie Waters memorial was played with Tim Ellis and Steven Sole coming out on top with 48 points, one shot clear of Harry Kirk and Jake Ellis.
Nearest to the pins were Mick Kirk on thé 7th, Richard Burey on the 10th and Barry Simpson on the 18th. Next Sunday will be an 18 hole stableford for the Jones, Cracknell and Starr trophy and Monthly Mug.
The Albatross

Vets Golf
Twelve players competed in the next round of the Reg Taylor Stroke Championship. It was great to welcome back Kerry Bull after an absence for some time. We would like to see more ladies play on Tuesdays.
The stroke winner was Ian Taylor with a score of 81. The nett winner with 72 was Don Campbell. The best putter was Mick Kirk with 25 putts and the nearest the pins went to Chris Newberry on the 7th, Pat Grills the 10h and Kerry Bull the 18th.
We have four players going to the Armidale’s NE Medal next week on the 20th and another four playing at Walcha in their Open later in the same week. Good luck to you all.
Phil Devlin is setting up a Match Play for the Summer months so if anyone he on 0400 261 343. The Match Play will be played in conjunction with our regular Tuesday competition.
A Vet

Men’s Bowls
Saturday October 10th saw two games of Major/Minor Pairs played. Boyd Stanley and Roger Cox played Michael Shiner and Evan Sole. Michael and Evan were the first to open their account with 5 shots. Roger and Boyd opened their account with 3 shots followed by 1 shot and from then on the lead jumped from one team to the other. Michael and Evan held a 2 shot lead by end 23 but Roger and Boyd set their eyes on the final 2 ends and went on to win 25 shots to 22 shots over 25 ends. The second game was between David Wilcox and Paul Johnson who played Ian Jacobs and Mallie Walls. Ian and Mallie were away to an early start but David and Paul settled and soon caught up and continued to hold a slender lead and go on to victory 25 shots to 22 shots over 25 ends.
Sunday October 11th saw 1 game of Major/Minor Pairs played.
John Jackson and Geoff Reeves played Scott Campbell and Barry Campbell. As with the other two games played Saturday this game ventured along in the same vein with both teams exchanging the lead. All four players played the game hard and at times a bit of luck was the winner. After 25 ends were played John and Geoff emerged the winners 27 shots to 25 shots over 25 ends.
Club Championship games set down for this weekend: Saturday October 17th: Start: 1.00pm. Starter and Umpire: John Jackson.
Major/Minor Pairs: John Jackson and Geoff Reeves to play Robert Moore and Cameron Peardon. Barry Presnell and Michael Jackson to play Dan Kennedy and Grahame Starr.
Sunday October 18th: Start: 1.00pm. Starter and Umpire: David Wilcox.
Final of the Club Triples: John McIlwain, Roger Cox and Evan Sole to play David Wilcox, Murray Bourke and Paul Johnson.
Bowlers are reminded that the teams listed can be changed so it is their responsibility to make sure that they are playing.
All games boarded are play or FORFEIT. Match Committee.
The Bowls Bandit