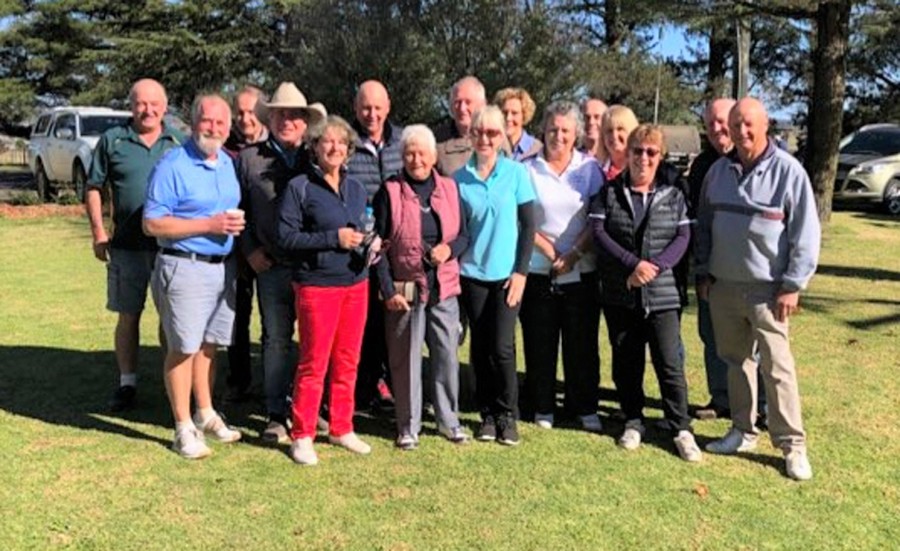 A good team of 24 Vets travelled to Glen Innes last Thursday to play the final game in this year’s Pennants. They went up equal leaders with Walcha both on 947 points after four matches since January.
The condition of the course was good despite a heavy fall of rain the day before making the fairways quite slow. Scores were not high due to the wet field but still Guyra scored 219 points only one more than Walcha with 218. It was a nail-biting time waiting for the scores to be checked.
Glen Innes won the day with 238 points, but still well behind with a total of 1118 which made them 4th behind Armidale on 1134 then Walcha 1165 and Guyra 1166.
Our ladies excelled, with Wendy George scoring 33, Kerry Bull 32, and Wendy Jackson 30.
This made Wendy George the ladies winner and Kerry Bull runner up.
The best men were Dave Bearup and John Prisk with 32 points, Mick Kirk 31and Jon Cumming 30. Dave Bearup was C grade runner up. Jon Cumming won a nearest the pin. Well done team.
On the Tuesday before an Individual Stableford was played, the winner with 36 was Dave Bearup and runner up Nancy Prisk who scored 35. Nancy was also the best putter with only 25 putts. Nearest the pins went to Nancy Prisk on the 9th, Dave Bearup the 10th and Ray Sweeney on the 18th.
There will be a working bee organised shortly to top dress the 5th tee.
A Vet 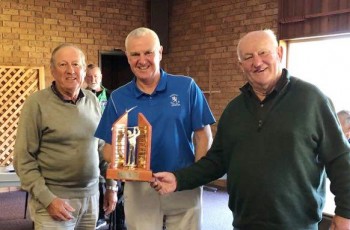