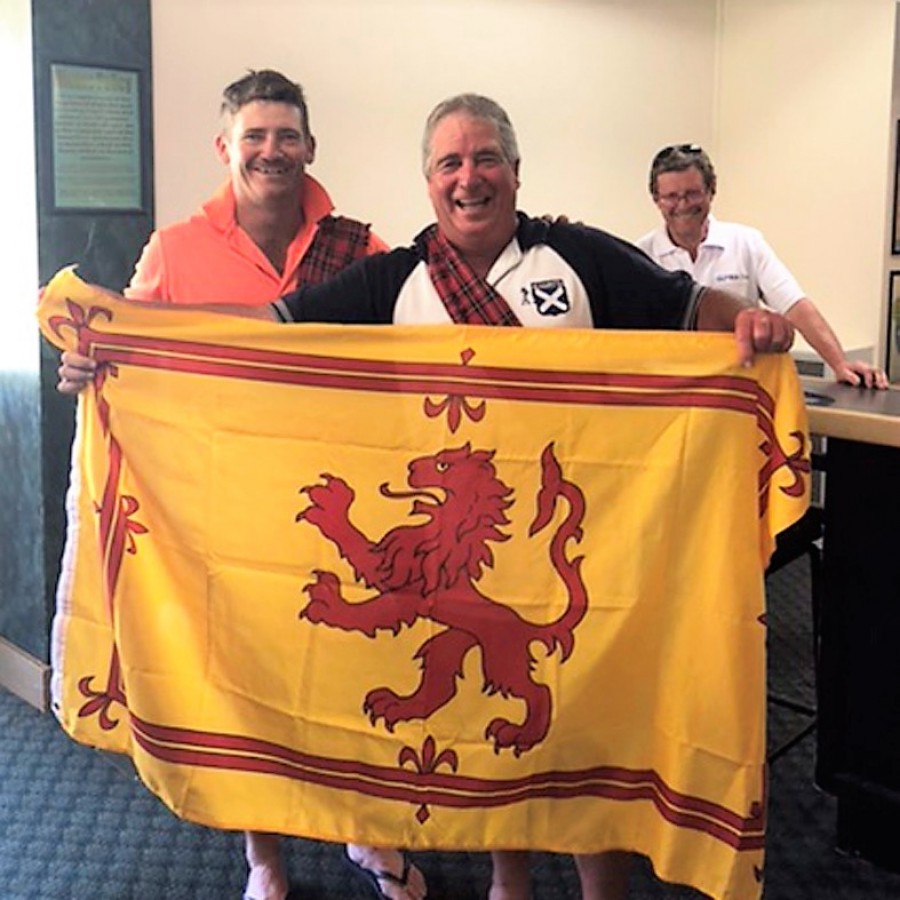 Men’s Golf
Last Sunday the annual Guyra Sixes competition was played. It is a diffèrent concept, both enjoyable and competitive. The winners were Matt and Michael Jackson with Mal Gaukroger and Adam Brennan runner up. The best dressed award went to team USA.
Next Sunday will be a 2 person ambrose for the Brian Lennon memorial day. always a great day with Dasha.
The Albatross

Men’s Bowls
There was only one Club Championship game played over the weekend and that was a Handicap Singles game played between Andrew Sparke and Wayne Reeves. As there was no score card left at the Club I was only able to get the final score from the score board. I believe Andrew Sparke defeated Wayne Reeves 31 shots to 24 shots but over how many ends is anybody’s guess.
Now to next weekend’s Club Championships:
Saturday November 21st: Start: 1.00pm. Starter and Umpire: Robert Walls.
Major/Minor Pairs: Steven Sole and Robert Walls to play Dan Kennedy and Grahame Starr.
Sunday November 22nd: Start: 1.00pm. Starter and Umpire: ?
Major/Minor Pairs Semi Final: Winner of Saturday’s game between Dan Kennedy and Steven Sole to play Robert Moore and Cameron Peardon.
To help the Match Committee finish 2019/20 season boarded games are play or forfeit.
The Bowling and Recreation Club is holding their Annual Bowls Carnival commencing Tuesday December 1st with the playing of the Women’s Open Triples, if any teams of women are interested in playing please ring the Bowling Club on 6779 1499 during working hours, entries close 23.11.20.
This is followed by the Mixed Triples to be played on Wednesday December 2nd and as mentioned above get your team in now entries close 30.11. 20.
The Carnival proper gets underway Thursday December 3rd and Friday December 4th with the Schweppes Pairs being played there are 32 teams entered in this event so there should be some good Bowls played.
On Saturday December 5th and Sunday December 6th will see the New England Mutual Triples played at the printing of this report there is only one spot up for grabs so if you are interested in filling that spot please ring the Bowling Club on 6779 1499 during hours and speak to Betty Bourke or David Wilcox.
I will elaborate more on this upcoming Carnival in next week’s report.
The Bowls Bandit

Ladies’ Golf
Last week a field of 18 ladies played the 4BBB Championships sponsored by Guyra Welding Works.
It was an awfully close contest with Karen Oehlers and Jenny Rogers winning on a countback from Shona Mulligan and Pam Youman both scoring 66 points.
Nearest the pin winners were Debbie Burey on the 7th hole, Karen Oehlers on the 9th hole and Debbie Heffernan on the 10th and 18th holes.
Thank you to Guyra Welding Works for your ongoing support and sponsorship.
This week is a 4BBB Aggregate.
Next week is the Par Medal Playoff with Karen Oehlers as the starter and the sponsor.
Birdie

Vets Golf
Last week the 10th November the Vets played the monthly stroke game competing for the Reg Taylor Trophy. Two players scored 86 with Chris Newberry beating Terry Varley on a countback. The nett winner was Roger Grills with a nett 70.
Nancy Prisk took out the putting competition with 26 putts. She was also nearest the pin on the 7th. The other nearest the pins were Roger Grills on the 10th and Mick Shiner the 18th.
A Vet 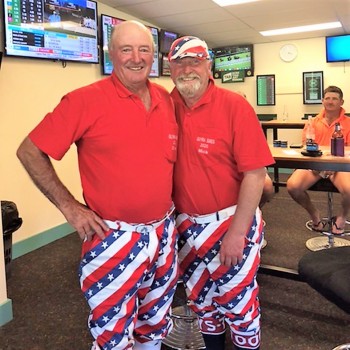