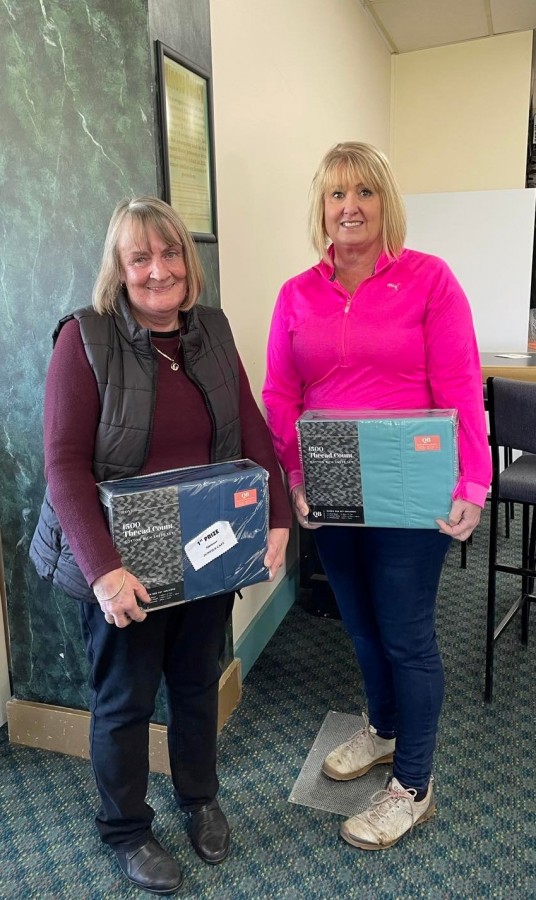 Ladies’ Golf
Last week the ladies played a Canadian Foursomes Associate’s Cup. The event was generously sponsored by Juneils’ Café. The winners were Wendy George and Shona Mulligan. The runners up were Pip White and Debbie Heffernan. Nearest the pin winners were Pip White on the 7th hole and Karen Oehlers on the 9th hole.
This week is a Par Medal Round. Next week is an American Foursomes.
Birdie

Vets Golf
A better field of ten Vets enjoyed a sunny but chilly day of golf last week. Ian Taylor won the Individual Stableford with a score of 34. Neil Payne came runner up on a countback from Herb Wilson, both on 32 points.
The only Nearest The Pin went to Ian Taylor on the 7th, and the best Putter was Ray Sweeney.
We are taking names for both Goondiwindi and Warialda Open Days, so if you would like to play let us know and we will book you in. Warialda is on July 14 and Goondiwindi August 3.
A Vet

Men’s Bowls
Three games last weekend to report on. In a game of minor singles John Jackson was too good for Tim Ellis 31-16. Two games of triples were contested, Robert Moore, Boyd Stanley and Shane Brennan were too good for Barry Presnell, Cameron Peardon and Bob Goodchild winning 32-13. In the closest game on the weekend Steven Sole, Scott Campbell and Barry Campbell played Michael Shiner, Col Stanley and Randy Mulligan. It all came down to the last end , with Steven’s team 3 up and holding 2 shots Michael had last bowl. After a short prayer he closed his eyes and sent down a weighted shot, when the dust settled Michael’s team had won 24-23.
This Sunday at 12 o’clock in major/minor pairs Murray Bourke and Randy Mulligan will play Barry Presnell and Michael Jackson
In handicap singles Michael Shiner will play Wayne Reeves with Dan Kennedy to mark, Roger Cox will take on Logan Beechey with Anthony Bull to mark and Shane Brennan will play John Jackson with Geoff Reeves to mark. And in a Game of minor singles Robert Walls will play Bob Goodchild with Tim Ellis to mark. The umpire for the day will be John Jackson.
Jack