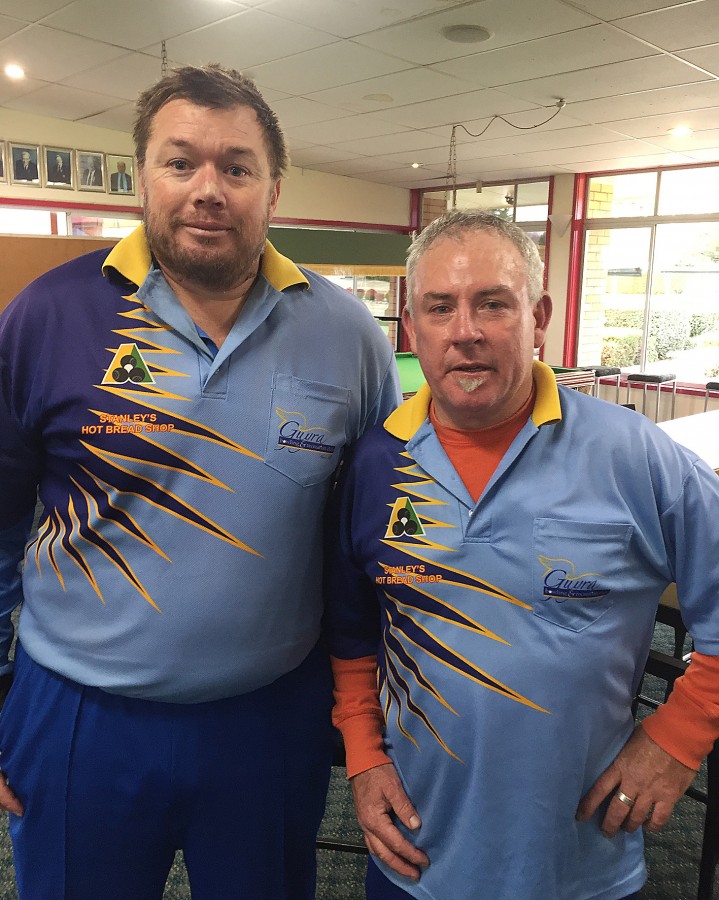 Sunday June 20th saw the Final of the Open Singles played where John McIlwain played Colin Stanley. I didn’t get to see the Final but from the score card it would have been a game worth watching. Colin got away to a flyer and led 8 shots to nil after 3 ends and this trend continued and by end 8 the score was Colin 12 shots John 3 shots.
John staged a comeback only to see Colin continue to keep that elusive 8 shot advantage, by end 25 the game had taken a turn as John continued to apply pressure finally drawing level by end 30. John continued his run and by end 36 took victory 31 shots to 22 shots thus becoming Club Champion for 2021 season. Congratulations to both players for putting on a great Final.
The other game was a Club Pairs game between the team of David Wilcox and Robert Goodchild who played Scott Campbell and Boyd Stanley. This game was a fairly even game from the first bowl played. David and Robert were well ahead by end 12 holding a 7 shot lead but at this point the wheel fell off. Scott and Boyd rallied and scored 16 shots in the next 5 ends opening an 8 shot lead of their own, David and Robert again rallied but fell just short. Scott and Boyd took out the game 26 shots to 22 shots over 21 ends.
Club Championships set down for this weekend, Start: 12.00pm. Starter and Umpire: John Jackson
Major Singles: Dan Kennedy to play Colin Stanley marker Andrew Sparke
Handicap Singles: Barry Campbell to play Mallie Walls marker John Jackson.
If the standard of Bowls in the Open Singles is anything to go by then the Major Singles game should be another spectacle. So if you would like to witness great bowls then come on down to the Club have a beverage and enjoy the atmosphere.
The Bowls Bandit