A potted history of the Mother of Ducks Lagoon 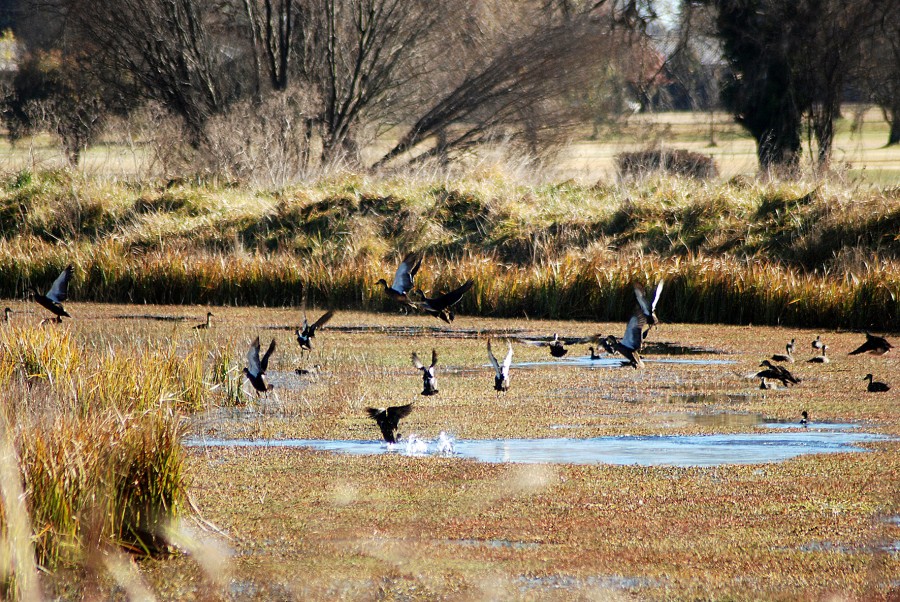 Pre 1830s Tribal groups Anaiwan and Banbai travel through the region, camping beside the wetland and hunting.
1830 Europeans first settle in the New England region.
1850s – 1860s Mother of Ducks Lagoon and its perimeter was used for cattle grazing.
1860s The Lagoon was declared a water supply source.
1870s Extensive clearing began in the region with swampland often the first areas to be reclaimed for grazing.
1890s A travelling stock and camping reserve was declared over what is now the Reserve and water supply revoked.
1894 Declared a Public Reserve (due to the presence of waterbirds).
1900s (early and onward) the Guyra Shire Council and the NSW Faunal Panel had the joint responsibility of managing the Lagoon.
1900s – 1920 The northern perimeter of the Lagoon served as a horse racing track.
1901 A peat fire that burnt for three months is recorded as occurring, indicating a dry lagoon bed.
1901-02 Exceptionally dry conditions prevailed through to the 1940s – Guyra common occupied about 15 ha of the Lagoon.
1902 The Lagoon was completely dry.
1904 The Lagoon was declared a Town Common.
1906-08 Site of the Guyra Show Ground – later used for grazing until disputes disrupted the communal use.
1907 A tourist guide of the time promoted the Lagoon as a “large lake interspersed with weed beds which give cover to innumerable flocks of wild duck and swan, etc., the shootist (sic) can depend on good sport at Guyra.”
1914 The area was declared a Fauna Protection Area, however more for the establishment of a racecourse/showground, than for any wildlife protection values.
1917-1919 A drought period occurred which led to a fire in the peat bed.
1919 The Lagoon was completely dry.
1923 The original outflow of the Lagoon was first excavated by 30-60cm to open up land for ex-servicement settling the area.
1923 The golf club moved to its present location on the eastern perimeter of the Lagoon at this time presumably using the vacated race track land.
1928-early 1930s The northern perimeter of the Lagoon served as a horse racing track.
1939 Until this time the Lagoon filled comparatively regularly.
1950 Lagoon completely dry.
1950-52 By placing a pipe under the Badersleigh Road the Guyra Shire Council lowered the outlet by 170cm. The work was carried out under licence from the Water Conservation and Irrigation Commission to expand grazing land and reduce the inundation of the golf course.
1963 A control weir was placed on the outlet of the Lagoon to expand the golf course into the Lagoon bed which reduced the water level a further 75cm.
1966 A drought period occurred which led to a fire in the peat bed.
1973 Part of the Lagoon dedicated as a Nature Reserve.
1976 It was estimated that these successive drainage events left the maximum Lagoon water level about 1 metre below its original height. Water levels in the Lagoon have always fluctuated widely with extremes in precipitation.
1978 Grazing rights on the Lagoon were revoked.
1988 Earthen levies constructed around the Nature Reserve with the aim of raising its water level and effecting a more persistent, though still ephemeral water body.
2003-Present Additional properties acquired to Mother of Ducks Lagoon Nature Reserve. 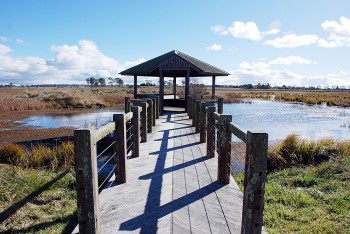