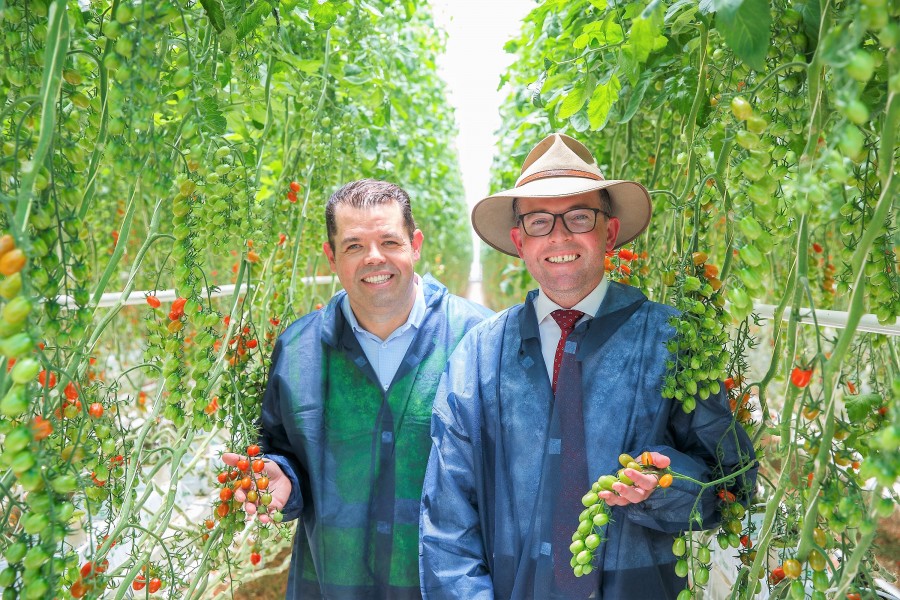 Costa Group’s Vertical Farming General Manager Jose Cambon with Minister for Agriculture and Member for Northern Tablelands Adam Marshall inspecting the first crop of tomatoes in one of the two new five-hectare glasshouses, as part an $80 million exp
07th Dec 2021

Costa’s $80 million expansion of its tomato glasshouse operation at Guyra was formally opened on Friday by The Honourable Adam Marshall, Member for Northern Tablelands and Minister for Agriculture and Western New South Wales.
The expansion includes two new five-hectare glasshouses and a 2.5-hectare propagation nursery at the New England Highway site, and brings the total Costa glasshouse footprint to more than 40 hectares in the Guyra region.
The first of the new glasshouses is now in full production, and the second will come online in the new year. It will bring the total production across the 40 hectares to more than 18 million kilos of tomatoes per annum.
Mr Marshall congratulated Costa Group on the completion of the project despite challenging conditions.
“I thank Costa Group for its commitment to seeing the project through and I look forward to seeing the economic benefits of the Guyra Tomato Exchange continue to flow into the households of our region.”
“This level of private business investment is not often seen anywhere in rural and regional NSW, let alone the creation of another 160 jobs in one single project.
“I am proud the State Government has been able to offer various assistance over the past decade to facilitate different stages of the site’s growth.
“Through financial assistance for preliminary road infrastructure, grant application support and payroll tax relief the State Government has facilitated this major employer’s long term presence at Guyra.”
Costa employs more than 650 workers across the two glasshouse sites, spending approximately $31 million annually on wages and salaries. Once both new glasshouses are fully operational an additional 160 jobs will be created.
Jose Cambon, Costa’s Vertical Farming General Manager, said the New England Highway site was fully water self-sufficient. It includes an innovative microturbine power generation system, one of the first of its kind in the world to be used in a glasshouse environment, which will result in significantly reduced C02 emissions.
“Our people have showed outstanding character and skill in planning, designing and building this facility, which also includes a state-of-the-art nursery to develop and propagate new varieties and will create 160 new jobs for the local region,” Mr Cambon said.
“At times it was not an easy process, with the project having been paused due to the drought and then once recommenced having to navigate through the significant challenges of COIVD. To this end, everyone can feel rightly proud of the role they’ve played in the completion of the project and the operation of the site.
“I also want to recognise the contribution of the many local businesses who worked on the construction of the glasshouse. Their involvement was crucial to the project’s successful completion.”
Mr Cambon said Costa was proud of its connection with the Guyra and surrounding community and the opportunities this project provided, ensuring people could pursue jobs and careers while remaining in the local area. 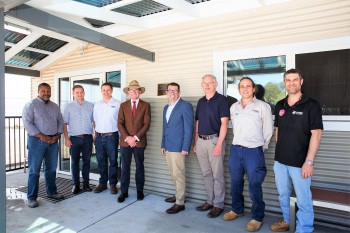 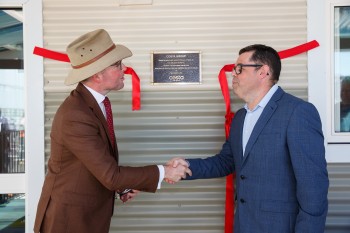