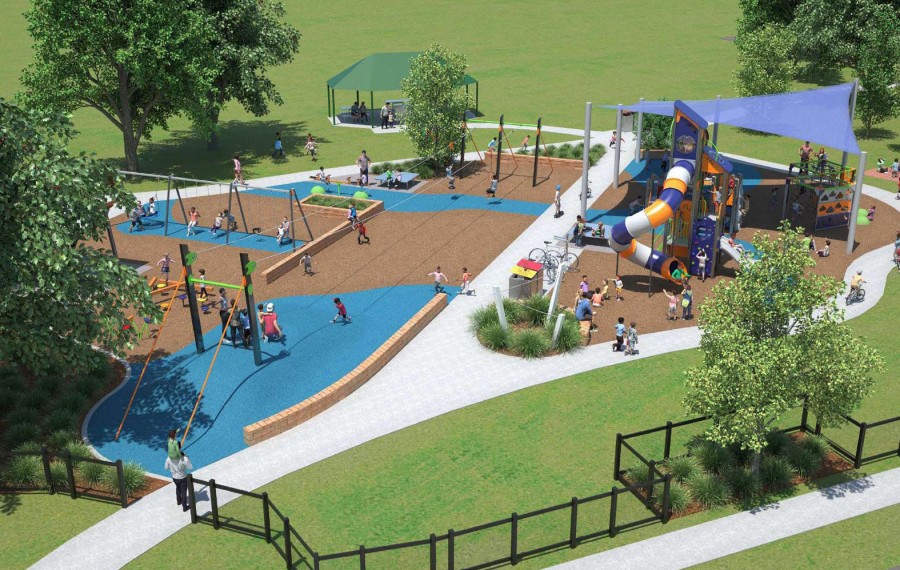 A survey launched this week is asking community members in the Armidale region to indicate their preferences for additional play equipment at the new Curtis Park Playground.
Concept designs for the playground have gone on display in Council’s Your Say Armidale website, along with the survey asking people to rank equipment in a shortlist of possible additions.
“While the playground design is being finalised, we’re looking at any additional play equipment that could be included within the available budget,” Armidale Regional Council Deputy Mayor Lib Martin said.
“If we have a clear ranking in place from the community, we can then work from the top of the list with any money remaining in the budget.”
Council is developing the new playground in Armidale’s Curtis Park, after receiving a $999,700 State Government grant for the project.
Visitors to the Your Say Armidale page can see the information selected so far for the playground.
“They can also see the overall concept design but it’s important to note the layout is only a concept at this stage and could be adjusted,” Councillor Martin said.
Curtis Park was chosen from a shortlist of five potential locations - based on accessibility, public safety and complementing the city’s Central Business District. The site was also assessed in line with the Armidale Regional Plan 2040 currently under development to provide an overarching 20-year vision and strategy for the region. The 2040 plan will bring together each of the strategies, precinct and master plans developed for the Armidale region in recent years.
To meet deadlines for the playground’s funding criteria, construction of toilet and shade facilities at the site is already well underway and concept plans for the play equipment and associated infrastructure were developed.
The concept layout allows provision for additional stages in the playground precinct as future funding becomes available.
“The survey also asks people to rank a list of possible future priorities or to suggest other options as opportunities for expansion arise,” she said.
To complete the survey or for more information, visit the Curtis Park Playground page on the Your Say Armidale website. The survey will be open until Wednesday 3 June.