Guyra farmers will be the big losers 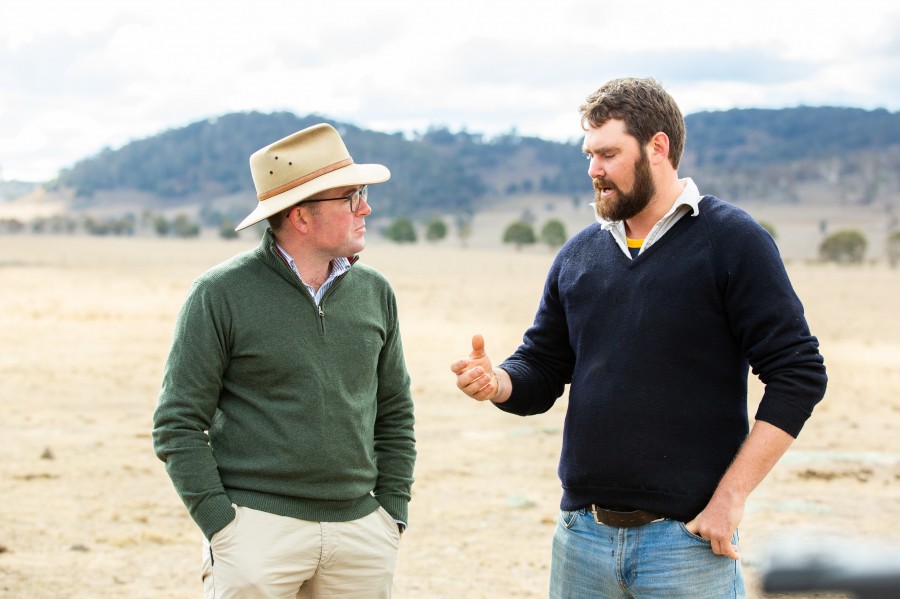 Over recent years Guyra farmers have had to struggle with the impact of drought and bushfires which stretched both financial and emotional resources. While the seasons are turning around, they are now facing the added burden of a massive increase in rates, at a time when they can least afford it.
Armidale Regional Council is currently pursuing the possibility of a Special Rate Variation of up to 18.5% at the same time as the harmonisation of rates following the amalgamation is due to come into effect.
The Chair of the NSW Farmers Association Guyra branch Callan Schaefer said that this is a further slug for farmers at a time when they are already struggling.
“We are being told that Guyra farmers will be the hardest hit and could face a 22% increase due to the harmonisation of rates,” Callan said.  “Add to that another 18.5% if the special rate variation gets the go-ahead and the impact will be massive.”
“It is pretty harsh considering we have just come through the worst drought in history and our local farmers have already been hit hard trying to keep their operations going,” he said.
“Council needs to show the community other options to reduce costs are being looked at, rather than slamming the minority with a rate increase.”
Callan said that some farmers have already had their rates rise due to land valuation increases. and the impact of the SRV and harmonisation will mean they are paying even more. He is urging more people to attend the community meetings to find out what is happening and make their voices heard.
“No-one is sure what the increase will be and the information we have been given is vague especially on how it will affect individual ratepayers,” Callan said. “At the same time, we are being told that council can’t maintain services without the increase.”
“One farmer told me it is like putting a gun to his head – without the increase you won’t get services and the roads won’t be maintained,” he said. “Nobody wants to see services cut, however we are calling on Council to look at other options and efficiencies rather than asking us to put our hands in our already empty pockets.”
He is also calling on the NSW Government to see reason and show a bit of compassion by delaying the harmonisation of rates between the former council areas.
“We are working on a submission and will lobbying a few politicians to try to stop another hit for our members who really are the big losers in all this,” he said. “The fact is that Guyra farmers will see bigger increases than anyone else and they shouldn’t have to on top of everything they have faced over recent years.”