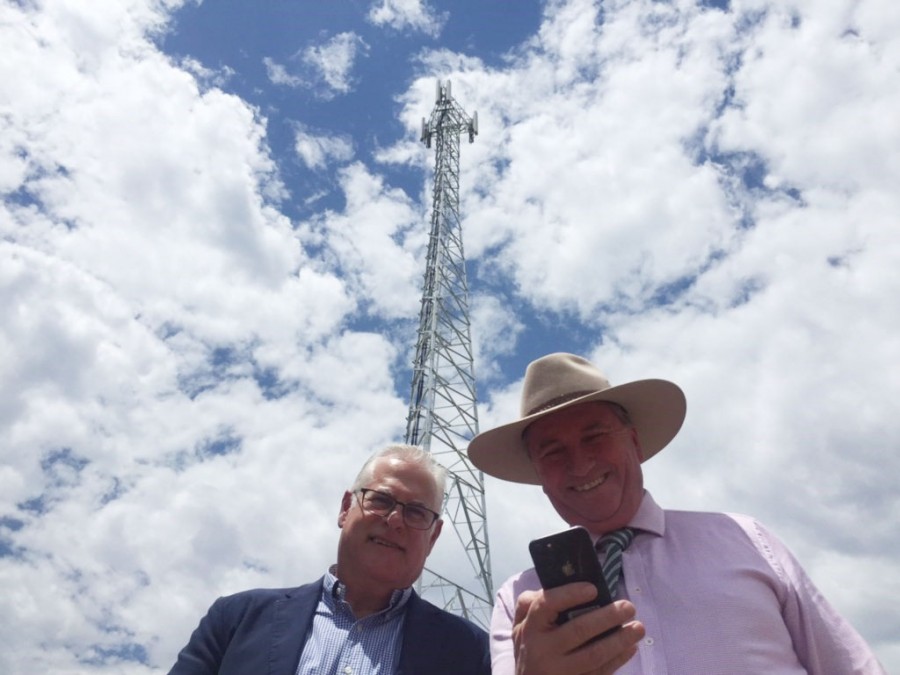 A new mobile phone tower at Copeton Dam, near Inverell, is expected to provide more than 180 square kilometres of new and improved coverage in the area. The new mobile base station was funded under the Mobile Black Spot Program. The coverage includes the Reflections Holiday Parks Copeton Waters and the nearby boat ramp.
Member for New England, Barnaby Joyce, said he has been fighting hard for improved mobile phone coverage since becoming the Member for New England in 2013.
“I have helped secure 45 new and upgraded mobile base stations in the Electorate – Copeton Dam is the 37th to be switched on,” Mr Joyce said. “This is great news for Copeton Dam and it makes it safer for those working and holidaying at, and travelling through, this popular recreational area.”
Telstra’s NSW Regional General Manager, Mike Marom, said mobile connectivity plays a major role in connecting people and technology across Australia and around the world.
“Whether it’s a parent being able to call the kids, a small business taking a credit card payment for the first time or a local producer using sensors to run their farm more effectively, having mobile connectivity is becoming increasingly important in regional Australia,” Mr Marom said.