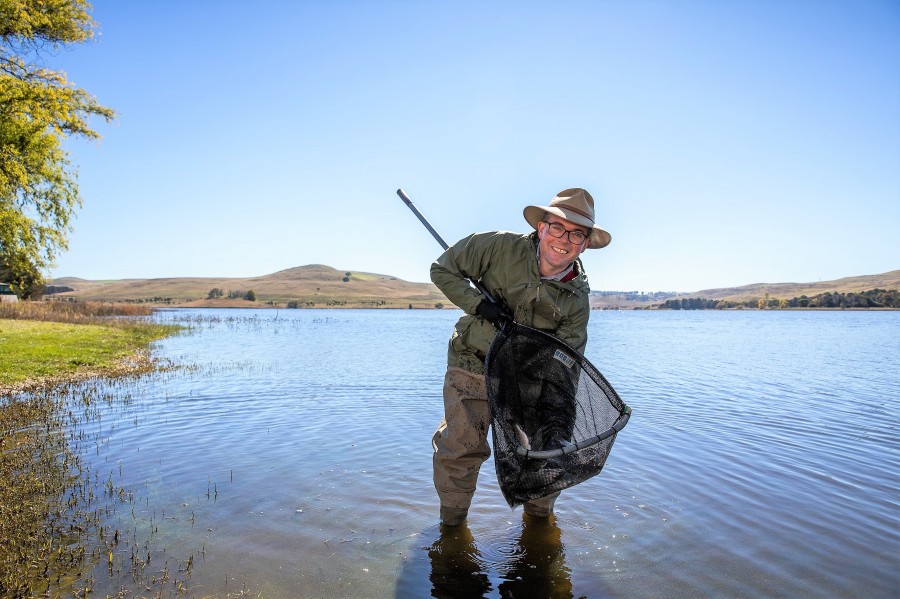 RecreationaL fishers will be lured to try their luck catching one of 1,200 tagged Rainbow trout released into waterways across the region, as the State Government continues to roll out a major fish re-stocking and monitoring program,
Minister for Agriculture and Member for Northern Tablelands Adam Marshall helped tag and release some of the of the 1,200 Rainbow trout last week at Malpas and Dumaresq Dams, along with the NSW Department of Primary Industries Fisheries staff from the Dutton Trout Hatchery at Ebor.
Anglers who catch a tagged fish will receive a lure as a prize for their catch. This release is part of a statewide re-stocking and monitoring program to gain information on survival, growth and movement of Rainbow trout.
The data gathered when fishers catch one of these 1,200 rainbow trout will be used to enhance our understanding and breeding capabilities of the fish.
Recreational fishers can submit their catch data online at the NSW DPI website www.dpi.nsw.gov.au/fishing/recreational/resources/fish-tagging/recapture-form where they can also claim their prize.
The fish were bred at the NSW DPI’s Dutton Trout Hatchery at Ebor which produces more than two million trout each year, in support of the State’s valuable fishing sector.
Trout season closes at the end of the June long weekend, allowing the fish species to travel up rivers and streams to breed and replenish numbers during the spawning season.
Information on freshwater fishing rules can be found in the NSW Recreational Freshwater Fishing Guide from NSW DPI Fisheries offices, at fishing license agents and bait and tackle shops, and online at www.dpi.nsw.gov.au/fishing