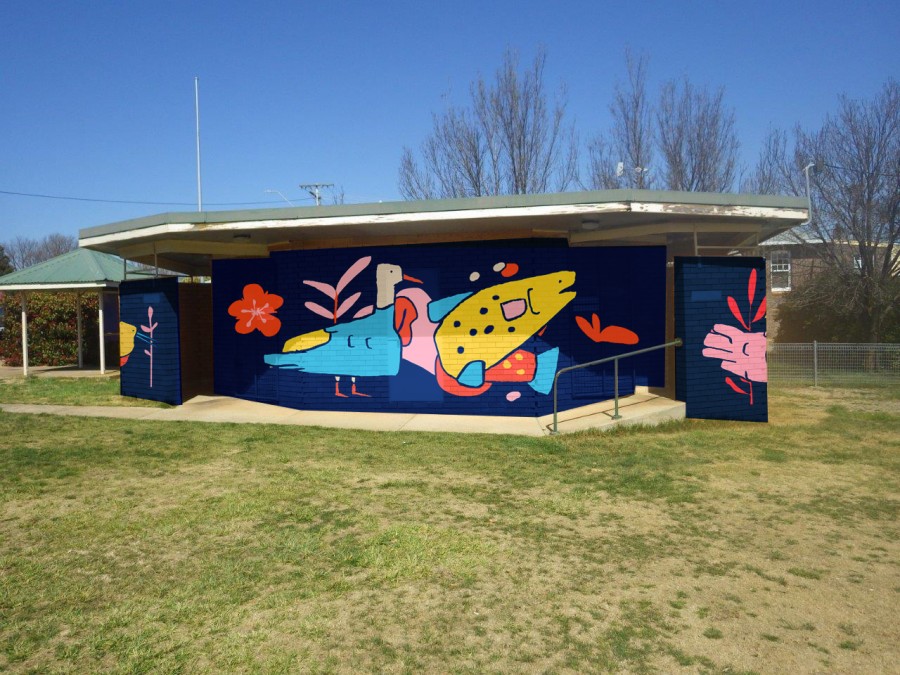 Armidale Regional Council has deferred a decision on the final design for a proposed mural which was commissioned as part of the CBD upgrade. A report to the January 27th meeting of council outlined a summary of the submissions received in response to a poll which asked for community input into a choice of two designs submitted by Melbourne based artist James Price.
Mr Price was chosen following an Expression of Interest (EOI) process which saw six applications, including three from local artists. His designs were inspired by Guyra Central School students who were invited to develop ideas for a mural to be incorporated into the CBD upgrade.
Option 1, the more colourful of the two designs, was the most popular design for the mural, however a recommendation that council endorse this design as the final choice has been deferred to the February meeting. Cr Margaret O’Connor asked for the deferral due to the level of dissatisfaction with the designs saying that more time was needed to sort it out.
During the online community engagement period Council received 173 submissions and there were 168 contributors (51 registered and 117 unverified). Option 1 received 65 votes and option 2 received 24 votes. There were also 87 protest submissions, which raised concerns focused on two key issues. The first issue was dissatisfaction with the design and the second concern was the awarding of the project to a non-local artist.
Among the negative comments submitted were:
‘More suited to a Melbourne side street’
“This may be modern art but I fail to see how these, in any way, could beautify our main street’
‘Very hard to choose, they are both horrible’
‘These are more suited to a Melbourne slum alley or a hippie colony’
There were also suggestions as to what many in the community would like to see:
‘Why can’t it be representing what we are a farming town grown on potatoes, sheep and now tomatoes, even cattle in the mural’
We need something that depicts GUYRA, land, stock, rivers, snow, drought
‘We have local Guyra artists who could capture the essence of Guyra much better’
While the protest vote dominated, there were also a number of favourable comments:
‘Great idea to lighten and brighten Guyra’
‘It will be lovely to see colour in the town’
‘I love the animals, concepts and colours’