90 years of CWA in Guyra 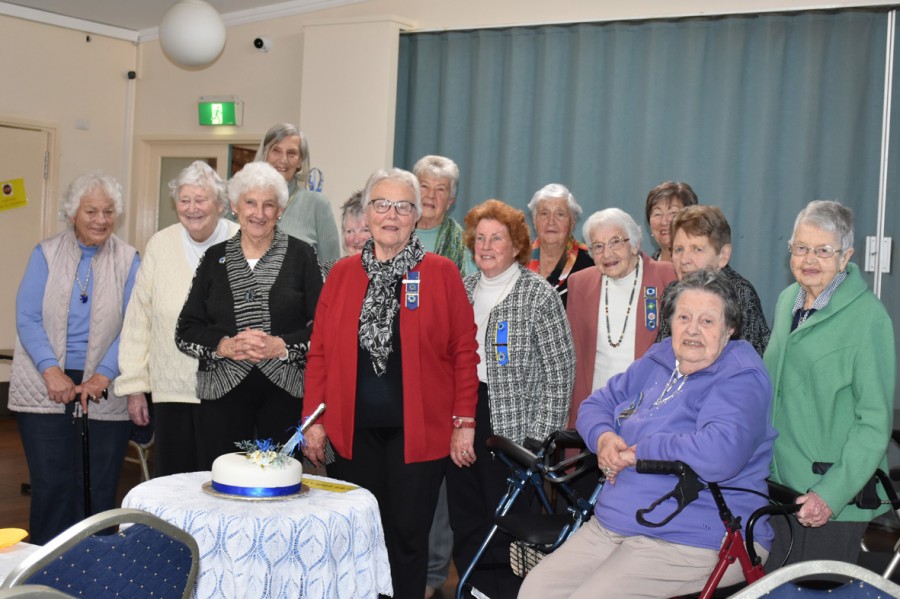 The Guyra Branch of the Country Women’s Association (CWA) marked 90 years of service to the community with an anniversary lunch at the Guyra Bowling Club last week.
Guyra CWA History
1932 - 2022
On 16th July 1932 Miss Mary White of Saumarez, the then Northern Tablelands Group President chaired a meeting at the Guyra Shire Council Chambers to form a local branch of the Country Women’s Association, 30 women joined at this meeting. Mrs Williamson (a bank manager’s wife) was elected president.
The first objective was to raise sufficient funds to purchase land on which to build a restroom, an amenity where country mothers with young children could go to feed and change their babies and make a cuppa. In these times money was very scarce and the members we’re obliged to overcome many trials in obtaining a room as a suitable meeting place and reports of them moving from one venue to another makes one realise what a determined group of women these foundation members were.
By 1934 two years after forming the branch, the group was in a position to source a block of land. A site with a 40 foot frontage to the Main Street was purchased for 80 pounds. The members then really put their hearts into raising the funds to build a restroom and baby health centre. The members catered for cattle sales, held dances, had tennis parties, provided meals and a rest tent at the Guyra Show, helped at balls, and held afternoon teas.
Unfortunately, this block of land proved to be unsuitable and was sold for 280 pounds. A block of land was secured from the Crown on lease just off the Main Street, but it was not until September 20th, 1941, that the group was able to hold a meeting in their own rooms for the first time. The official opening of the building was held on 25th October 1941, the membership was 68.
A Younger Set had been formed in 1933 and these girls took on the running of the Baby Health Centre equipping and caring for it. Their example was faithfully followed by each succeeding group of Younger Set members until the 1960s when the Younger Set closed.
During the war years, members helped in many ways, sending food parcels overseas, collecting sheepskins for Air Force vests, making camouflage nets, donating money to various appeals, and knitting socks and other items. Much of this work was done by Younger Set members.
The CWA rooms were the social hub of the community with many Younger Set members holding their 21st birthday parties, their engagement, kitchen tea and wedding breakfast in the rooms.
The rooms were a venue for many functions, TAFE classes, play centre during school holidays, extra classrooms for the Central School, many meetings for various groups and all types of social functions.
In the 1970s the government took over the running of the Baby Health Centre and transferred it to another location in town.
In 1948 after much hard work and fund raising a children’s playground was equipped and presented to the Guyra Shire Council. This was on the block of land on the western side of the restrooms, and it was Guyra’s first park. Children played there while their mothers attended the baby health centre.
For 90 years Guyra CWA members have worked for the betterment of the Guyra community. Large amounts of money have been donated to local appeals such as the TB screening unit, the Life Education Van, the mammography van, the Guyra swimming pool and the heating of the pool, and Kolora homes to name a few. As well as those appeals Guyra CWA members have always generously supported the state CWA projects such as the Royal Flying Doctor, Traveller’s aid, scholarships, medical research, and the Guide and Scout movement.
Past and present members have lobbied Federal and State governments on many contentious issues such as council amalgamations, mining and coal seam gas, education, roads, health etc.
Over the years the cost of maintaining the CWA rooms was becoming an increasing financial burden, and in 2008 after much agonising and soul searching it was decided to sell the building to the Church of Freedom. These people had been using the rooms for their meetings but we’re looking for a permanent venue. The Church has renovated the building, so it is now serving the community in another capacity. We moved to the Uniting Church Hall for our meetings and are very happy in our new home.
After Ben Lomond branch closed we welcomed some of their members to our branch, each Ben Lomond member bringing their own expertise to our meetings.
What a joy it was in 2018 to see a Guyra CWA Evening Branch formed [it is like the Younger Set being reformed]. It is reassuring to think that this group of mostly young women consider the aims of CWA to be still relevant in today’s busy and challenging world. Their membership numbers are steadily increasing.
We acknowledge and pay special tribute to all Guyra CWA members from its beginning in 1932 to the present day. The desire to make our community a better place in which to live has been passed down from those foundation members, their wisdom has guided us.
For 90 years Guyra CWA members have worked hard but have enjoyed countless hours of special friendship and fellowship while participating in the traditional activities of cooking, handcraft, international work, cultural and agricultural and environmental studies.
As we look to the future, we entrust our history to the next generation. I hope this comes from the members of the Guyra Evening Branch and they accept the baton and carry it forward with pride.
Mrs Heather Starr
President Guyra CWA
8th July 2022 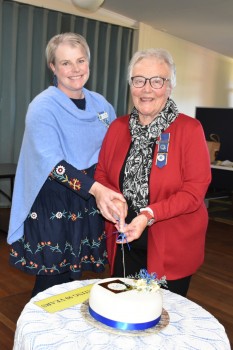