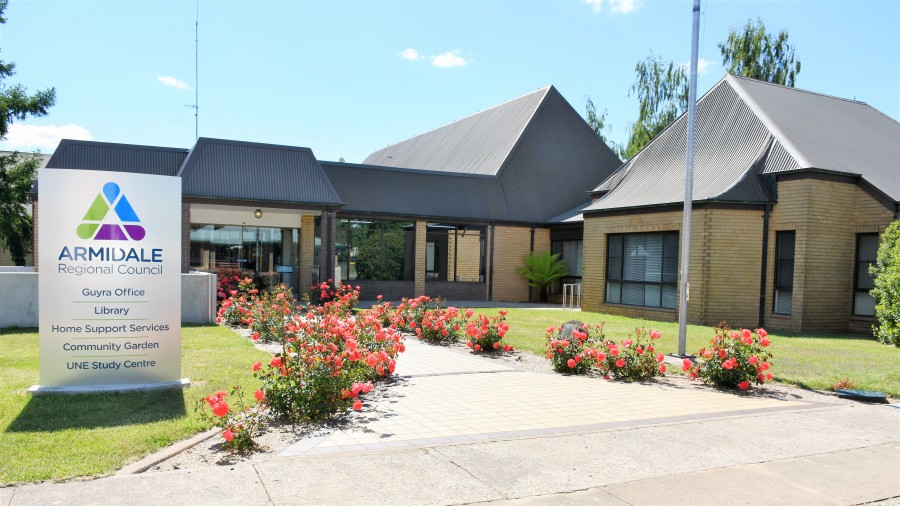 The Guyra council chambers has been sidelined as a meeting venue by Armidale Regional Council’s due to lack of space, technical difficulties and COVID-19. Previously, every third meeting has been held in Guyra, however for the foreseeable future all meetings will be held in Armidale.
At the April ordinary meeting of council, councillors unanimously endorsed a motion which leaves Guyra off the list. Cr Dorothy Robinson moved an amendment that will allow for the Guyra chambers to be used as a venue for community members wishing to view the live stream of council meetings and also to take part in the Have Your Say part of meetings.
Cr Robinson said that it is a shame that circumstances such as COVID and technology mean that it is better to have meetings in Armidale, and said that ‘we really don’t want Guyra to be felt left out’.
Quarterly community meetings are being put forward as way to ensure that Guyra residents are able to interact with councillors. The first of these meetings, which was held in March, was well attended and there are plans for more to be held in the future.
Cr Jon Galletly has previously supported the removal of Guyra from the monthly meeting cycle and said that ‘there has been no advantage having meetings up there’. He added that he believes ‘that is fairly important that we recognise Guyra with our quarterly meetings with the community to do questions and answers’.
This was a view shared by Deputy Mayor Cr Todd Redwood and Mayor Cr Sam Coupland. Cr Redwood said that he believes that the proposed quarterly meetings with the community ‘will be more beneficial and I don’t think that Guyra is losing but is gaining’, while Cr Coupland said that the quarterly meetings are ‘a much better Guyra centric solution which allows genuine engagement’.
The only support for future Guyra council meetings came from Cr Brad Widders who said that he would like to see meetings continue at some point.
“If this is a decision made due to the COVID situation, as we come out of this fogginess we should look at having some meetings back up at the Guyra chambers.”