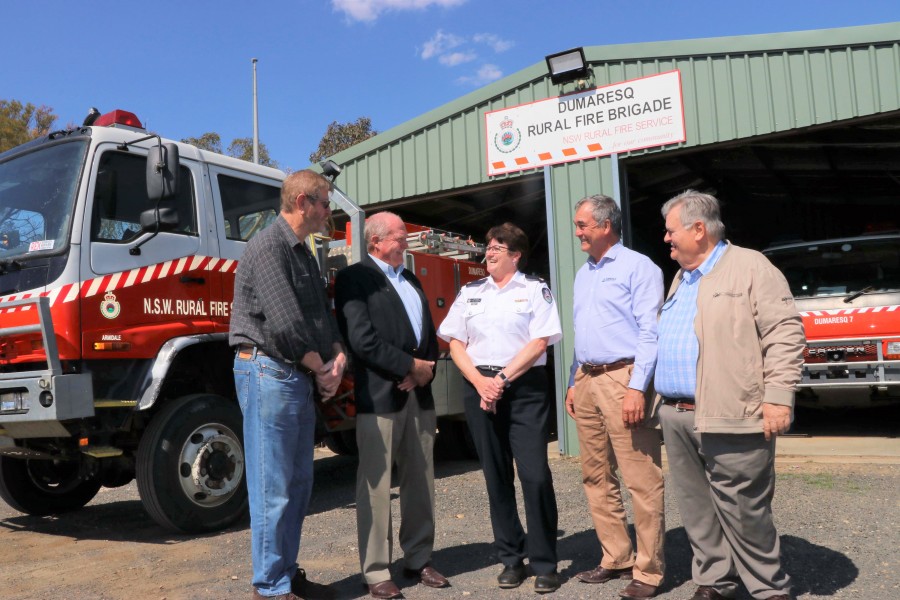 A community campaign to assist drought and bushfire affected residents in the east of the Armidale region has been given a substantial boost by three councillors who have redirected a portion of their allowances as elected members.
Armidale Regional Council Mayor Simon Murray and fellow councillors Peter Bailey and Andrew Murat have dedicated a total of $5,000 to an Ebor bushfire appeal coordinated by Rotary Clubs in Armidale and Uralla.
Councillor Murray has allocated funds from his Mayoral allowance, while Cr Murat and Cr Bailey have used the option to redirect their annual allowances for personal development as elected members.
Cr Murray said Armidale Regional Council has a strong emphasis on training and other personal development for its elected members, to keep them up to date with issues and practices in local government.
“However, the unprecedented challenges affecting many landholders in our region, confronted by both drought and bushfire damage, represent a more compelling use of those funds for this year,” he said.
He said the Rotary Ebor Bushfire Appeal, organised by the Armidale, Armidale Central and Uralla Rotary Clubs, is a wonderful initiative to provide short-term assistance for landholders impacted by the ongoing Bees Nest fire that has burnt for several weeks.
Armidale Rotary Club President Grant Harris said he was absolutely ecstatic with the councillors’ contribution, which took the appeal a long way towards its goal of raising $15,000.
Mr Harris said the clubs had secured a $15,000 Rotary Australia World Community Service grant, funded by businessman Dick Smith, on the grounds the clubs matched it dollar for dollar with their own fund raising.
“Each of the clubs has been busy with fund raising activities and we’ve received generous donations by business and local residents,” he said.
“The money will be used to provide landholders with vouchers they can spend with local traders for urgent relief, for example, pharmacies, rural merchandise or water carting.
“The added bonus is this money is directed to local businesses. As the drought continues, it’s not just farmers that are feeling the strain. Businesses and the wider community are also being hit hard.”
The Rural Fire Service’s New England Zone District Coordinator, Inspector Liz Ferris, said the Bees Nest fire is being controlled but has burnt more than 106,000 hectares since it started on 31 August.