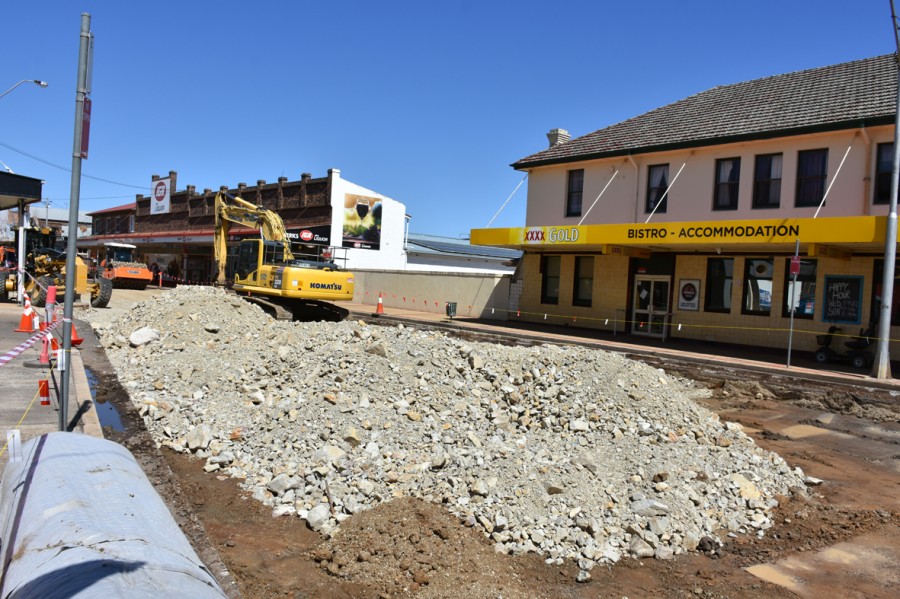 Guyra’s main street is set to fully reopen to traffic on Thursday October 3rd, after initial road resealing between Nincoola Street and Ollera Street is completed. The roadworks team encountered some existing groundwater, and the road required deeper excavation to ensure the new surface had a stable base, delaying the resealing by almost a week.
Program Leader - Roads, Drainage, Construction at Armidale Regional Council Ned Mozzell said that when the initial layer was removed they encountered a softer layer which also had to be excavated.
“What we found was quite unsuitable so this meant we had to go deeper than expected and then bring in extra material to build the road back up,” Mr Mozzell said.
“We had hoped to do an initial seal before the weekend but decided to wait to allow the surface to settle down before we did a full seal.”
“The asphalt will now be going down first thing Wednesday starting at the northern end near IGA and we expect to have the road partially reopened by Wednesday afternoon,” he said.
“By Thursday we will move on to the southern end and by Thursday afternoon the road should be fully open.”
The $700,000 roadworks are a major step in Stage 2 of an upgrade of the Guyra Central Business District. Stage 2 will also include streetscaping and new furniture along the newly reconstructed section of Bradley Street.
However further work will now be delayed until February to avoid interruption during the busy Christmas period and to avoid any disruptions during the Lamb and Potato Festival.
“There is a fair bit of work involved in streetscaping including the resurfacing the footpath, which we want to get done in one hit,” Mr Mozzell said.
“We will continue to liase with businesses and the community, to keep them informed about the project’s progress and involve them in ongoing planning.”
Stage 3 works in Bradley Street between Nincoola Street and Mackenzie Street are scheduled to be undertaken in the 2020/21 financial year. 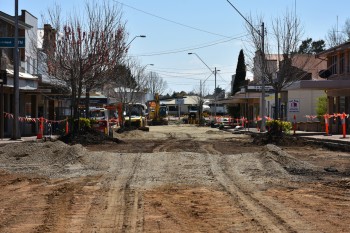 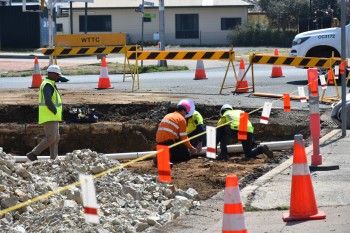 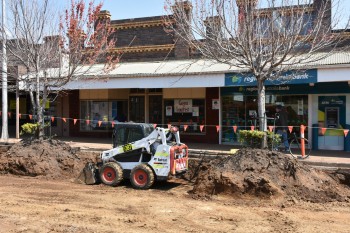 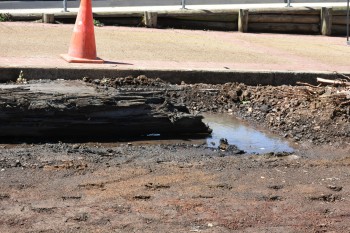