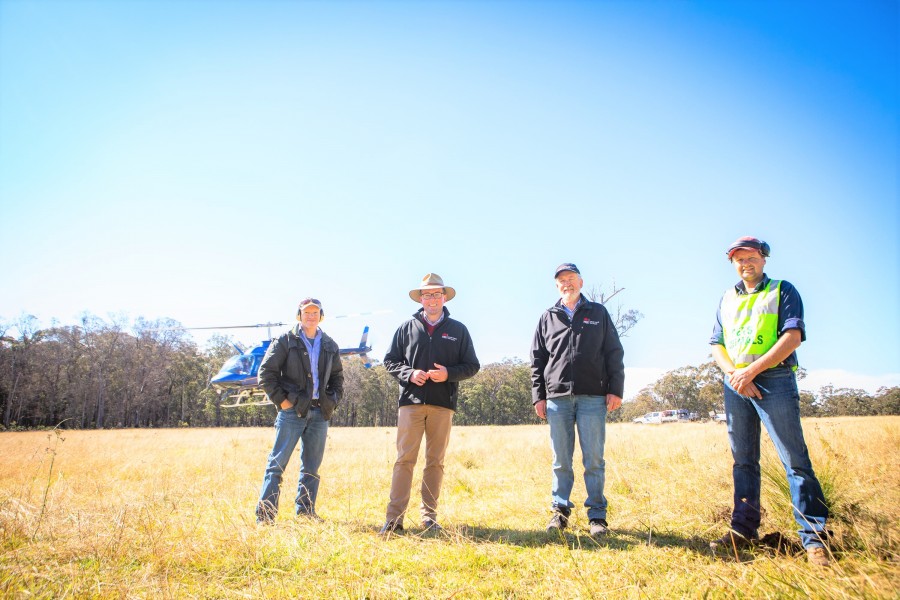 The largest aerial wild dog baiting program anywhere in the Southern Hemisphere is underway over the skies of northern NSW. Wild dogs pose one of the biggest threats to the region’s farmers and to combat this, more than 200,000 baits would be distributed from the sky over the next few weeks, as part of the State Government’s 2020 autumn campaign.
Over the next few weeks Northern Tablelands Local Lands Services (LLS), with the aid of local wild dog control associations, will take the fight directly to these pests with 143,580 1080 poison baits being dropped by helicopter over 430 properties
NSW Minister for Agriculture Adam Marshall said that the annual economic impact caused by wild dog attacks in NSW is around $22 million in lost production for farmers.
“Aerial and ground baiting programs are the most effective management tool we have to combat wild dogs and campaigns like this are crucial to ensuring continued productivity for farmers,” Mr Marshall said.
“In 2015/16, there were more than 3,000 head of livestock reported mauled or killed in the Northern Tablelands region, however by 2018/19 that figure was back to 1,350, so this really does work.”
Mr Marshall said the overall 2020 autumn baiting campaign also took in the Hunter, North West and North Coast LLS areas. Planning for the program started with landholders, LLS, State Forests and NSW National Parks & Wildlife Service six months ago.
“Wild dogs are known to travel 15 kilometres a day, which is why unless we conduct wide-spread and co-ordinated baiting programs we will never get on top of their numbers,” he said. “I’m pleased the current program will see a total of 201,743 baits deployed, which is 10,000 more than last year’s campaign.”