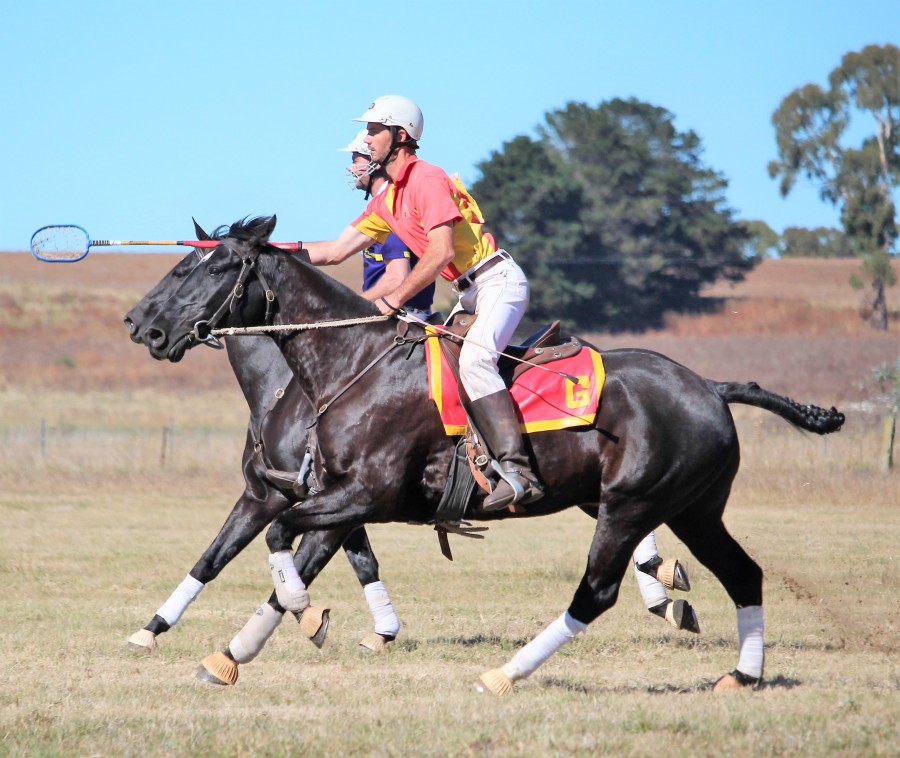 Guyra Polocrosse Club will host its annual carnival this weekend at the Richard White Memorial Polocrosse Fields, Bald Blair. The carnival will be the first for the season in Northern NSW and promises to be two days of great polocrosse action.
A fully operational bar and a canteen will operate, full of homemade goods and a dinner for all on Saturday night.
For those that don’t know, Polocrosse is a game played on horses involving a team of six players, a ball, racquets and 32 minutes to score the most goals. Polocrosse is a game for all and caters for every age and all abilities.
The calibre of polocrosse will be high and you can expect to see some great action on the field.  Players from around the state are set to flock to Guyra in preparation for the National Championships, which are being held in Ballarat at the end of March.
Guyra Polocrosse Club has a long history in the game and boasts many up and coming juniors and sub juniors who have great skill and are well worth watching. The club also boasts many players representing the state at various events within the next month.
Players heading to Ballarat in their various divisions are Matt Grills, Ella Elks, Ryle Waugh, Abbott and Carlie Grills, Emily Walmsley, Bridget McKemey, Zac Finlayson, reserve junior is Brooke Grills and the state flag bearer, and our sub junior player is Joshua Bourke. Claudia Mckemey has been selected to play at a state intermediate exhibition match in a couple of weeks. The club also has four sub juniors selected to attend the Sydney Royal- Abbey Grills, Joshua Bourke and Max and Will Schaefer.
So head out this weekend to Bald Blair to watch these players in action. Entry is free.