A workaholic with a passion for plants 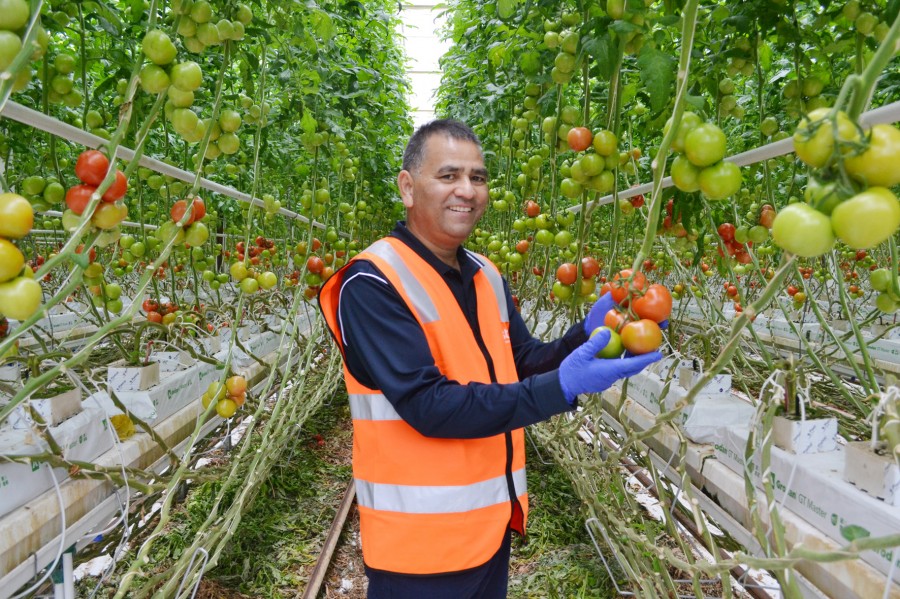 A self-confessed workaholic, Keshav Timalsena’s passion is growing plants, both at work and for pleasure. Keshav is one of the head growers at the Costa Tomato Glasshouses, looking after the Elm Street site.
“I am from Nepal, but lived in New Zealand for 12 years before coming to Guyra in 2007,” Keshav said. “I was an accountant and a photographer when I was living in Kathmandu and I also worked in the Middle-East for four years doing a mix of jobs.
“When I got to Auckland I was working in a glasshouse. I started at the bottom but worked my way up and by 2002 I was the senior grower there for tomatoes.
“It’s my passion, every day you can see the plants growing and you can see the cycle which is just eight weeks from flower to harvest. It’s definitely not a 9-5 job, it’s a commitment.”
Keshav said when he came to Australia in 2007, he had four job interviews but he chose Guyra because of the climate, which he said was similar to Kathmandu.
In 2014, Keshav was a recipient of the prestigious Nuffield Australia Farming Scholarship. Scholars are selected annually on merit as people who are committed and passionate about farming or fishing, are at the leading edge of technology uptake and potential future leaders in the industry.
As part of his scholarship, he travelled to the United States, Mexico, Brazil, Europe and New Zealand, researching the use of semi-closed greenhouse technology.
Keshav has two children living in Armidale and a daughter who is living in New Zealand. He is also an active member of the Nepalese community, which includes a large number of international students.
“The people here were very welcoming when we came here. I like to grow my own vegetables and cooking curries which I take to the market twice a month.”