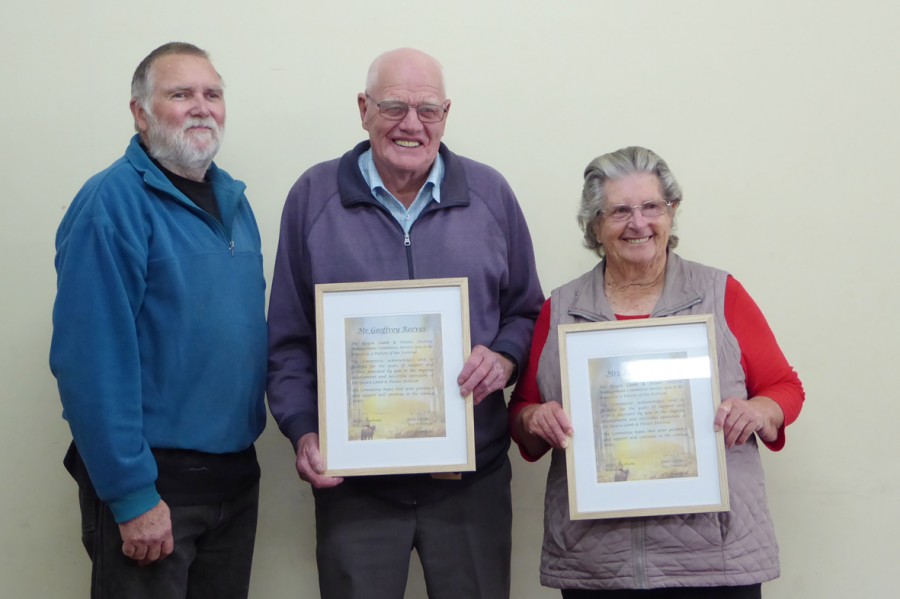 Last Sunday morning members of the Lamb and Potato Festival met to induct new Festival Patrons for 2020 and beyond. It was also a chance to recognise the commitment of our existing patron Gladys Wilson.
The committee was deeply saddened by the death of our long term patron Frank Presnell earlier this year.
Frank was an original founder of the Festival back in January 1987 and his ongoing involvement over the past 33 years meant that he was greatly respected and held in high regard.
His passing has left a deep sense of loss, but also gratitude for his service over many years.
Newly appointed Festival Patrons Geoff and Bertha Reeves have also put in an enormous amount of time and effort into the Festival over many years. They are highly valued and their position as Festival patrons is well deserved and a recognition of their hard work and amazing level of commitment.
They join Gladys Wilson, a great supporter of the Festival and enthusiastic ambassador for the Guyra area with our many visitors. Planning for the 2020 Festival has been underway for some time and the committee are looking forward to a great one next January.