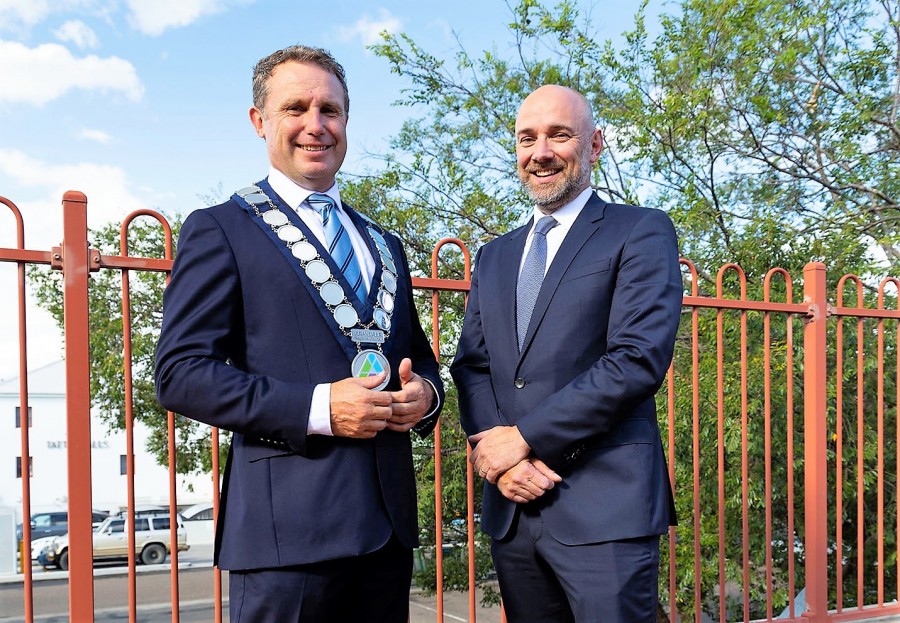 The new Mayor of Armidale Regional Council is Cr Sam Coupland who defeated former deputy Mayor Cr Debra O’Brien 8-3 following a show of hands last week. The deputy Mayor will be Todd Redwood who also defeated Cr O’Brien 8-3
The vote was taken by councillors after they were sworn in and took their oath or affirmation at the first council meeting of the newly elected representative body.
Addressing the meeting prior to the vote Cr Coupland described council as having been stagnant for two decades and in a dire financial situation. He said that the skillset he would bring to council was that he was financially literate and savvy with the smarts and tenacity to create opportunities. He also said that his most important trait was his ability to work with and bring out the best in those around him.
Speaking directly to his fellow councillors he said that ‘the community voted all 11 of us in and success as a region will not come about because one side wins and one side loses, it will only occur if we work together and harness the talents of everyone around the table’.

Cr Obrien based her pitch on her actions during the previous term, in defending what she described as ‘a downward spiralling public institution’ and that if ‘the outcome is evidence of the rightness of your actions I ask you behold the outcome - Mr Roncon and the professional team in front of us’.
A majority of councillors chose to support Cr Coupland who will now lead the region until September 2023 when the next mayoral elections will take place.
Mayor elect Cr Sam Coupland said he was excited and honoured to lead the council and work collaboratively with all councillors and the senior leadership team for the next two years representing the Armidale region.
“It was an honour to stand beside my fellow councillors and take the oath of office to undertake my duties of the office of councillor and mayor in the interest of the people of the Armidale region,” said Mayor Coupland
“I would like to thank my colleagues for their support and faith in my leadership and congratulate Councillor Redwood on his appointment as deputy mayor. The eyes of the community are rightly on us, but my sense is that their gaze is one of expectation in what we will be able to achieve in this term.
“I genuinely believe we have the right mix of skills and experience on the new council to turn this region around. The potential here is phenomenal and I plan to unlock all opportunities that are required to inject vibrancy into the region. I really see a big future for all the community.”