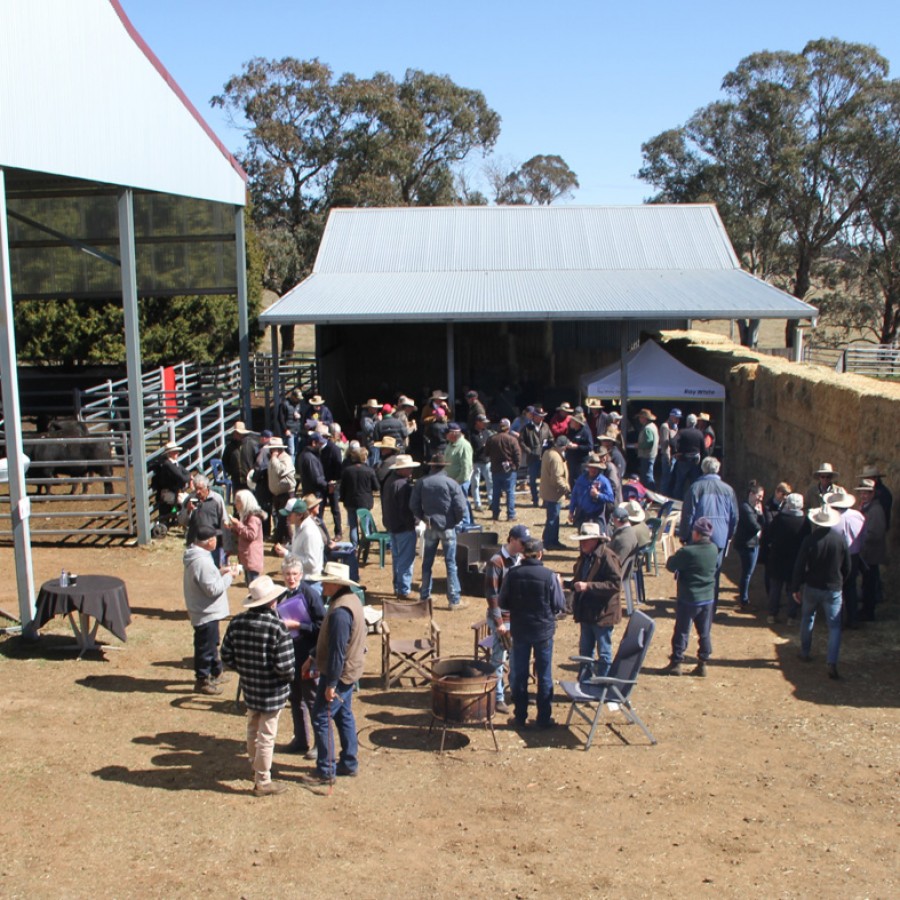 Glenmorgan Angus achieved their best result ever at their 5th annual bull sale held on Tuesday August 25th. 62 yearling bulls were sold to an average of $7758 and the top-selling bull went for $16,000.
Owners of Glenmorgan Angus, Nicholas & Karen Morgan said that they were thrilled with the result of the sale.
“These young bulls had a tough start in last year’s terrible drought and were weaned in November,’ Nicholas said. “The fact that they have presented in a very forward condition off pasture shows their constitution and breeding and proves they can tough it out and grow in difficult times.
“With the use of some curve bending genetics the majority of bulls in the sale were lower birth which are mostly suitable for heifer joinings, as well as good growth, EMA and IMF numbers.”
Top price bull, Glenmorgan Enhance Man Q367 was purchased by Chris Knox and Helen Alexander of DSK Angus, Coonabarabran. This son of Sydgen Enhance out of Glenmorgan Bartel Lady L111 had an impressive set of numbers – top two and three percent for selection indexes and in the top 10% for the 200-day, 400-day and 600-day weight. DSK have already used Sydgen Enhance in their heifer program and believe he is a bull that breeds above himself.
Nicholas and Karen were pleased to see Lot 12 Glenmorgan Powerpoint Man Q143 go to Roger, Geralyn and James Flower of Bridgewater Angus, Black Mountain. Bulk buyer for the sale was Ryanno Pty Ltd who purchased seven bulls to an average of $7000.
Nicholas and Karen are thankful for the continued support from local buyers but were also pleased to see new buyers from further afield – Coolah, Coonabarabran, Bingara, Narabri, Goondiwindi, Injune and Emerald. Despite the Queensland border closure, they said it was good to see some new buyers from Queensland and it is a market that they will continue to try and build on.
Nicholas and Karen would like to thank the team at Ray White Livestock Guyra/Armidale, auctioneer Paul Dooley and all those that helped out on the day to make this year’s sale such a success.