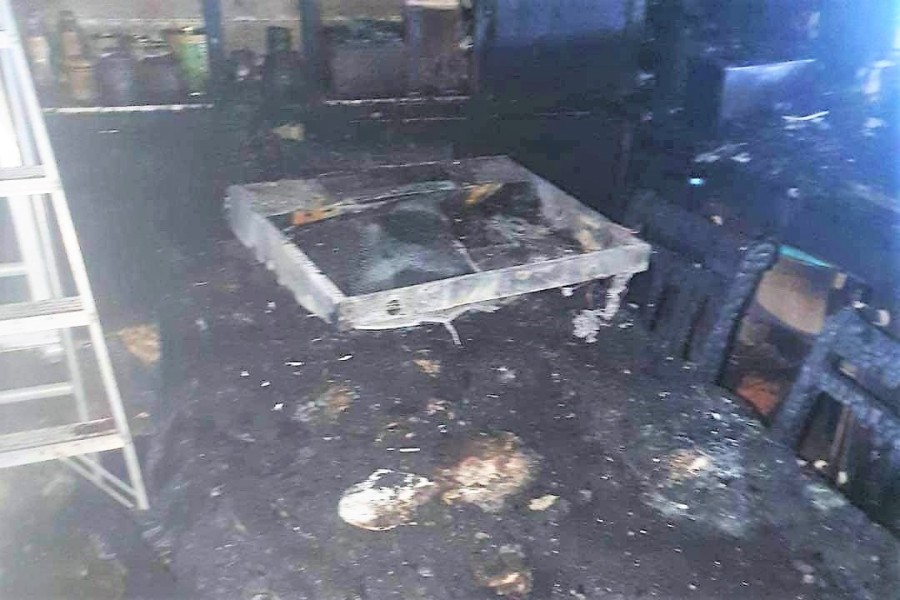 Part of Black Mountain’s history has gone up in smoke with fire destroying a family home last week. The fire tore through the home on Toms Gully Rd on the night of Monday August 16th.
The Black Mountain Rural Fire Brigade were called to the scene at around 7.45pm to reports of a house on fire. When they arrived the house was well alight. They managed to save part of the home and were assisted by the Guyra Rural Fire Brigade and a team from Guyra Fire and Rescue Station 315.
It is believed that the fire started in the roof and may have began as a chimney fire.. The home, estimated to be more than 100 years old, was constructed of pine which allowed the fire to take hold quickly.
A spokeperson for the Black Mountain RFS said that the crews put in a good effort to save what they could. They were assisted in their fight by using water from a well in the grounds, and managed to save the back part of the house from burning. Crews remained on the scene until around 10.45pm.
The house was occupied by the Peltonen family who managed to escape before the fire took hold. A Go Fund Me page has been set up to help the family get back on their feet. To date $2100 has been raised to assist the family. The page was said up by Kara Nelson who posted the following:
“On Monday the 16th of August Tash and Trav and their 2 young children tragically lost their home and of their belongings in a house fire at Black Mountain, all 4 of them ran from the house with only the clothes they had on there (sic) backs, to say the kids are devastated is an understatement. I am making this page to try and help them in what is already a very difficult time, anything you can donate whether it be money clothes or basic household goods would be very much appreciated.”