Business booms on first snow day of the year 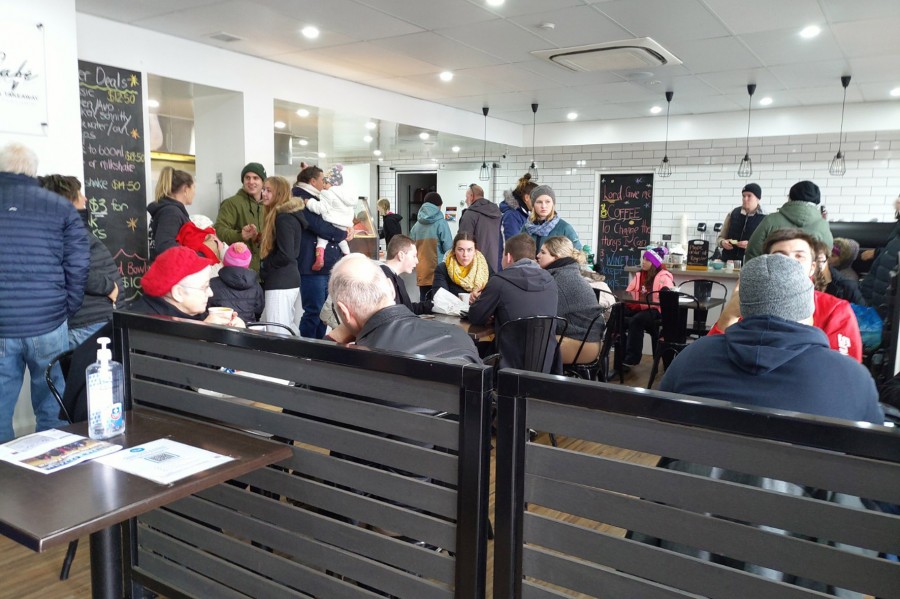 Guyra’s business community received a welcome boost from last week’s snowfalls. Accommodation houses were booked out up to a week before the event, while others travelled for a day visit or even an hour in the snow.
Much of the action for visitors centred on the Bowling Club and golf course, where between 300 or 400 people gathered to enjoy the snow. They made good use of the club’s facilities through the purchase of meals and drinks.
Bowling Club President David Wilcox said that they were well prepared, with snow chasers giving them early warning a week ahead of the event.
“We are more than happy to welcome the visitors and they are generally well behaved,” he said. “With the snow falling at night we turned on the lights so everyone could enjoy themselves.”
“There were people sleeping in their cars in the carpark and around the golf course, and we opened up early to let them warm up and use the club facilities,’
The Guyra Motor Inn was fully booked well before snow started to fall, with the majority of visitors coming down from Queensland. For motel manager Ashleigh Ryan it was all new as she has only been in the position since the beginning of the year.
“I didn’t expect there would be so much interest, and we absolutely had a blast,” she said. “We were overwhelmed with the number of bookings and people who just wanted to come down. I can’t wait for the next snow falls to come.”
Visitors also flocked to the main street with all café’s reporting they were run off their feet for almost three days.
Braidie Vidler from the Guyra café said that they were absolutely smashed, and struggled to keep up with demand. Learning from previous snow events they ordered in extra food and called in extra staff in preparation.
“It was crazy and we were non-stop from Wednesday until Saturday when most of the visitors went home,” she said. “Even though we were prepared, we were still surprised because it was much busier than the last time it snowed.”
While most businesses reported strong trading, there was disappointment for some.
Businesses at the southern end of the CBD said that the roadworks were a deterrent with only a few venturing their way.