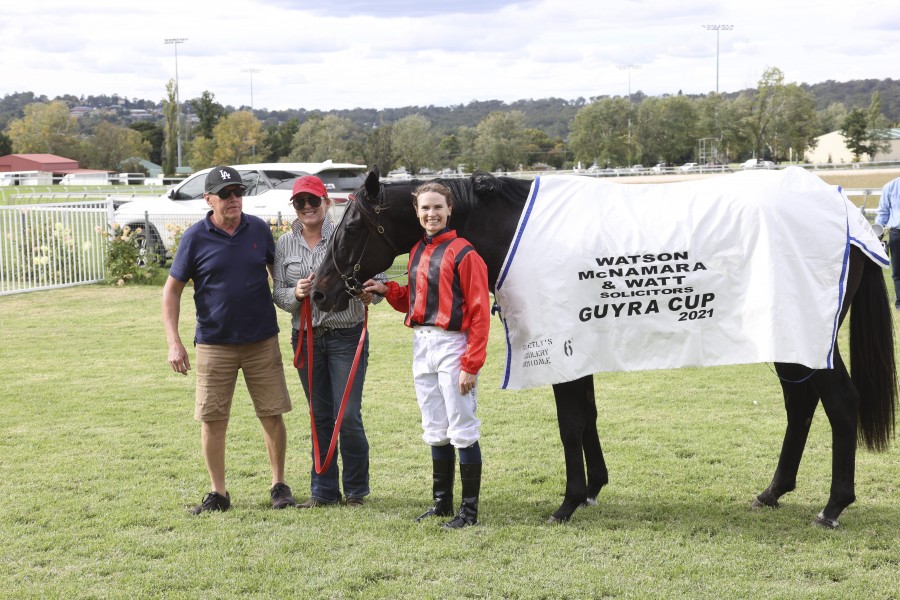 The 2021 Guyra Cup meeting on March 28th was well-supported by local businesses who sponsored the seven-event race meet. Following the cancellation of last year’s event due to COVID, the return of the event saw a great day of racing with good weather and an atmosphere to match. There was a good crowd on hand including two busloads of locals who were trackside on the day.
Cessnock trainer Jeremy Sylvester took home the major prizemoney in the 1400m Cup race with ‘Drachenfels’, with Armidale trainer Stirling Osland’s ‘In Heart’s Wake’ coming in second.
Rachael Murray had the ride on ‘Drachenfels’ and was sitting second last heading into the straight. She guided the seven-year-old to the front in perfect timing taking the lead with 200 metres to go to claim the race.
Race one was the Royal Hotel Class 1 Maiden Plate over 1900m won by the Osland trained ‘Point Counterpoint’. Dasha’s Hardware and the Guyra Bowling and Recreation Club jointly sponsored the second event on the card the 1400m Colts, Geldings and Entires Maiden Plate which was won by Coffs Harbour trainer Brett Dodson with ‘Full Press’.
Next up was race three the Kirks IGA sponsored 1400m Fillies and Mares Maiden Plate with the Osland trained ‘Kingstar Bullet’ getting over the line by five lengths ahead of the rest of the field.
Quirindi trainer Peter Mills with ‘Hillbilly’ took out the fourth race of the day, the 1100m Guyra Hotel Maiden Handicap. In the fifth race of the day ‘Bethpage’ trained by Jacob Perrett took out the 1100m Class 1 Handicap, sponsored by Lenehan Contract Services.
The seventh and final race of the day was the Elders Guyra/Armidale sponsored 1100m Benchmark 58 Handicap, which was taken out by Inverell trainer Mark Stewart with ‘Righthere Rightnow.’ 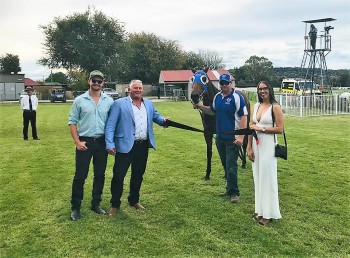