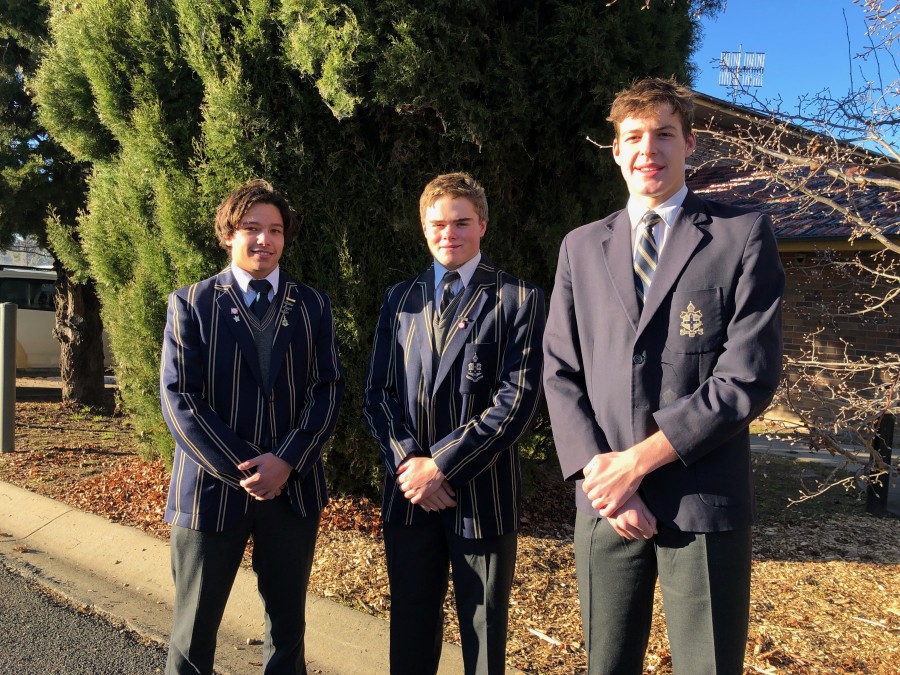 TAS students Tom Forsythe, Sam Skipper and Fred Kearney before hitting the rugby field alongside some of the best young players in Sydney
16th Jun 2021

Guyra’s Sam Skipper is one of three students from The Armidale School who has been mixing it with some of the best young rugby players in the state pulling on jerseys for Combined AAGPS teams.
Year 12 students Sam Skipper from Guyra and Tom Forsythe from Scone were selected into the Combined AAGPS White (Third XV) rugby team and spent the week training in Sydney at The King’s School before playing in the NSW Country Under 18s on June 10th. Skipper, plays at prop and was last year selected for a NSW Waratahs Next Gen development camp.
Meanwhile Fred Kearney, 15, from Coonabarabran, has been selected in the Presidents XV (Combined AAGPS under 16s) squad