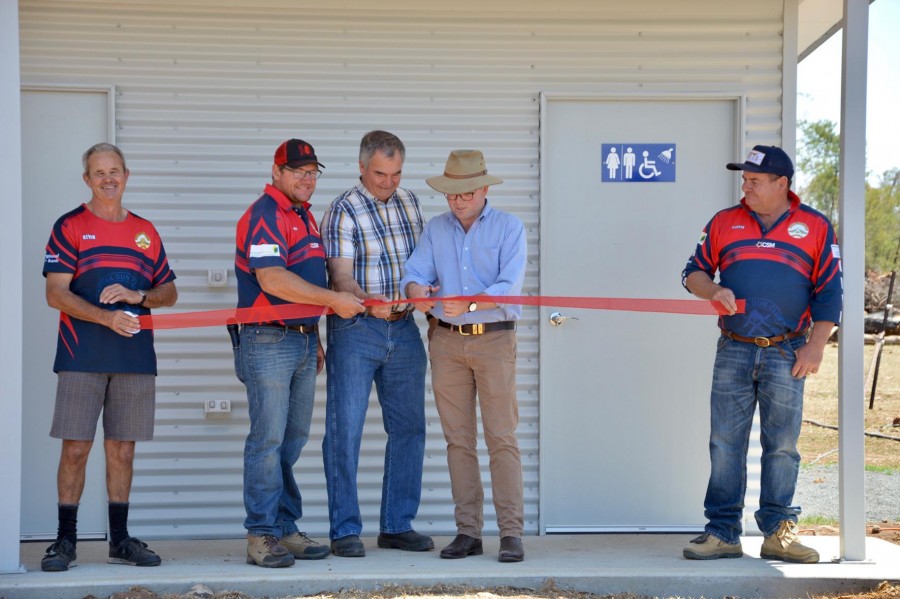 VISITING shooters will now have a room with a view when they compete at Guyra following the redevelopment of the Guyra Gun Club’s camping facilities and amenities.
Northern Tablelands MP Adam Marshall has officially opened the new facilities which were funded by a $100,141 from the State Government.
The grant allowed the Guyra Gun Club to install eight new powered campsites on the grounds and construct a new publicly accessible amenities block.
Mr Marshall attended the club’s recent two-day shoot with Armidale Regional Council Mayor Simon Murray and inspected the new campsites and amenities, which were already being put to good use by competitors and their families.
The project has taken the total number of powered campsites from seven to 15, more than doubling the number of caravans, tents and pop-top campers, which can set up at the club during competitions.
Club Handicapper Greg Brunsden said he was proud of what the club had been able to achieve with the funding provided by the State Government.
“Last weekend’s two-day shoot was a really good test of the new facilities, in particular, the amenities, and I’m happy to say they were right on target,” Mr Brunsden said.
“We had competitors arrive at Guyra as early as the Wednesday and all of them raved about the cleanliness and accessibility of the new standalone amenities located right at the campsite.
“With this project complete I’m confident we are in the box seat to potentially host future regional shoots which will draw more visitors to Guyra and inject much-needed funds into Guyra’s economy.” 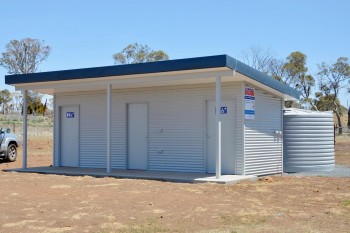