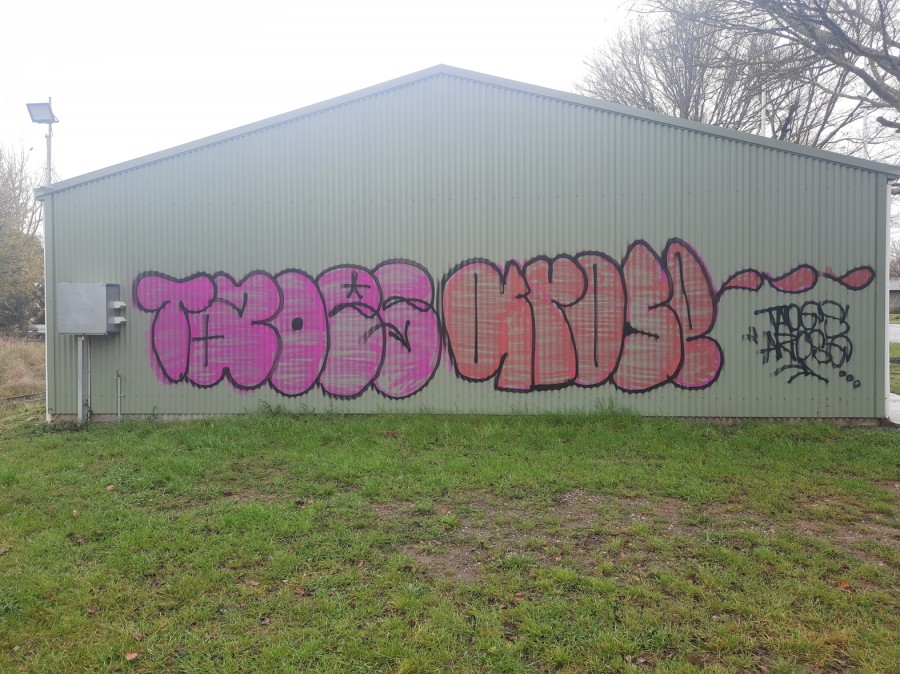 The Guyra Lamb and Potato Festival committee has been left feeling deeply disappointed after the new shed constructed for the festival was vandalised with graffiti on the weekend.
The unwanted artwork was discovered on Sunday, and they are calling on anyone with information or dash cam footage of the vandals to contact Guyra Police. Burgess Garage Car Museum was also targeted.
President of the Lamb and Potato Festival Steve Mepham said it is a blow for the committee after all the hard work to get the facility up and running.
“We haven't even got to use it yet and now it has been abused for one person's entertainment,” he said. “The committee has not been able to hold a festival for two years due to Covid and the small reserve of cash we hold to kick start the festival each year is drying up. We still have to pay insurance and there are other ongoing costs whether we have a festival or not.
“The last thing we needed was any extra expenses and now the repainting of this wall will need to be funded from those dwindling cash reserve.”