CBD powerlines set to get overhauled 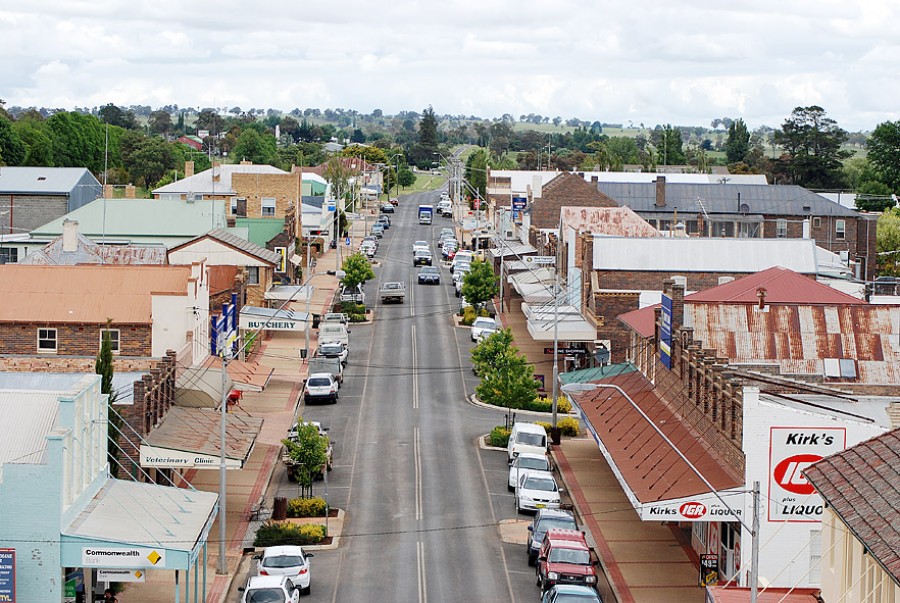 Guyra’s main street redevelopment is entering another important phase, with designs being finalised to replace the overhead powerlines.
Energy distributor Essential Energy is designing the new overhead network, which will formalise connections to premises and open the way for future improvements to shopfront awnings by the premises owners.
“These improvements are a key step in Council’s Central Business District upgrade. Some premises connections were installed many years ago and do not meet current industry-standards. New modern connections need to be installed before awnings can be renovated or replaced,” Council’s Interim Administrator, Viv May, said.
The new power infrastructure, including new timber power poles and a reduced number of power lines across Bradley Street, will also further beautify the main street.
Council’s Interim Administrator, Viv May, said Council and Essential Energy had initially investigated the possibility of replacing the old infrastructure with underground powerlines.
“That option has been ruled out by the discovery of disused fuel tanks beneath Bradley Street and the potential the surrounding soil has been contaminated by fuel,” he said.
“We were able to remove a number of those tanks, and stabilise others, so the road reconstruction could take place.
“However, further disturbing that soil with excavations for underground power lines would create a need for much greater levels of expensive soil remediation. The likely cost involved and the environmental risks make the option for underground mains unviable.”
Designs for the new power lines are expected to be completed during the next few weeks and construction is scheduled for the first half of 2021.
Council is also investigating future options for permanent power sources to accommodate events in and near the Guyra main street, in response to representations from the community.
“Council is looking at whether external power points could be added to Council-owned facilities in the CBD,” Mr May said.
“We will need to assess the costs and likely benefits and whether it could be done in a way that would benefit activities in the Bradley Street and Rotary Park, which hosts the annual Lamb and Potato Festival.”