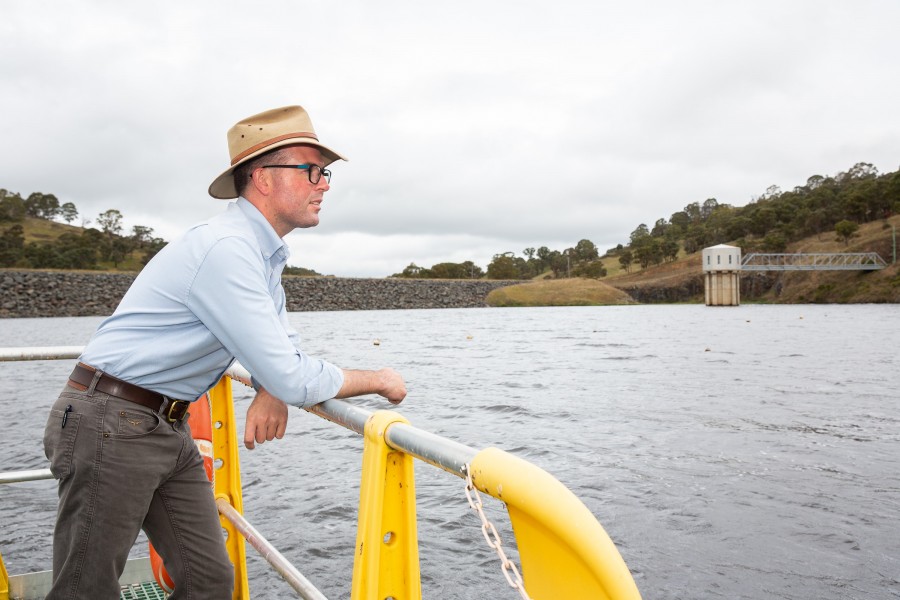 A $27 million funding reservation for the raising of Malpas Dam wall announced in the 2022-23 NSW Budget, has been welcomed by Northern Tablelands MP Adam Marshall and Armidale Regional Council Mayor Sam Coupland.
Mr Marshall said the project would deliver long-term water security to the region.
“Since the end of the drought in 2020, Armidale Regional Council has been investigating ways to protect local communities from future dry periods.
“The beauty of the Malpas Dam project has always been that it’s an expansion of an existing dam, not the building of a new one, meaning reduced planning and approvals are required to get to construction stage.
“The State Government has now provided the funding needed to start preparing the raising of the dam wall by 6.5 metres, which will more than double the existing 13-gigalitre capacity.
“This will transform the dam into a true regional drinking water storage, which could have the potential to service places like Uralla and Invergowrie into the future.
Mr Marshall recognised Mayor Sam Coupland and General Manager James Roncon who have spearheaded the development of detailed plans and costings for the Malpas Dam expansion.
Mayor Coupland said that the funding announcements in the NSW budget are the first significant steps to achieving our vision to grow the population by at least 10,000 people through the creation of an additional 4,000 jobs.
“The $27m to raise Malpas Dam wall has been a priority for the current council and will set our region up for generations to come,” Cr Coupland said.
“Secure water supply is the critical piece of infrastructure required to support a population in excess of 55,000 and will give industry the confidence our region can support them.
“This is a very important first step and will need to be closely followed by sourcing additional water as part of the secure yield requirements to drought proof the region.”