Time’s up on RFS career 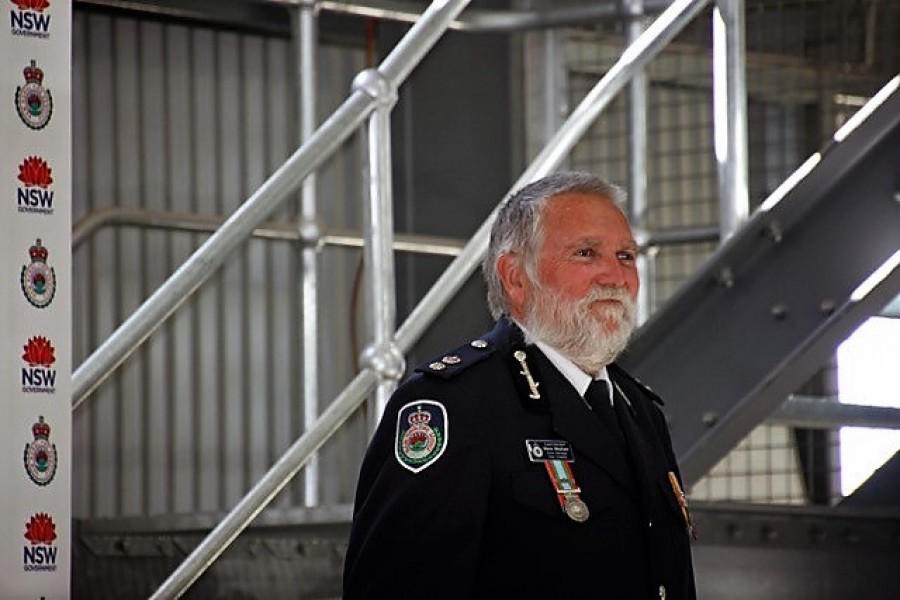 Steve Mepham has seen a lot of changes and experienced some challenging and demanding times during his time working with the NSW Rural Fire Service. Last week he handed in his badge for the last time, retiring as New England Zone Manager following 20 years with the service.
Steve’s association with the organisation goes back even further and began as a volunteer and captain of the Llangothlin Brigade, which was later amalgamated with Guyra.
“In the early days I was employed by council and it was a very different fire service that was run from a desk in a
corner of the council office,” Steve said.
“Our volunteers didn’t have any
personal protective equipment and were expected to cart tanker trailers behind farm utes when they went to fight a fire.”
“What we have now is very different to what it was 20 years ago and it has been an absolute pleasure to work with so many volunteers and serve my community,” he said.
“I am lucky to have served during what has been a golden era of the development of the rural fire service where we
embarked on buying trucks, upgrading equipment and building stations.”
Steve describes the last few years as challenging and demanding both personally and professionally. During that time, the service was faced with a series of horrendous fire seasons, which included the Tingha fire early in 2019, followed by a series of fires around the area that burnt for a total of 132 days later in the year.
“This was a demanding time and something I never really expected to see. We were used to seeing an unusual season every third year, but I never expected to see the day that fires from the west of us would go from here to the coast.
Steve said that he felt now was the right time to step aside and he is looking forward to working for himself and being in control of his own time and destiny. His heart is still with the community and he will now have more time to devote to things he is involved with including the Chamber of Commerce, Lamb and Potato Festival, and the Business Economic Advisory Panel of council. Now that COVID restrictions have been relaxed, he also plans to revive his sound and stage business that he has been running for 20 years.
“I came out of the community, to serve the community and to me that was special,” Steve said. “It has been a team effort from the start and I am honoured to have been able to be able to work with some wonderful volunteers, and to have had great support from my senior management team.”