Polocrosse Club back in the saddle after two years 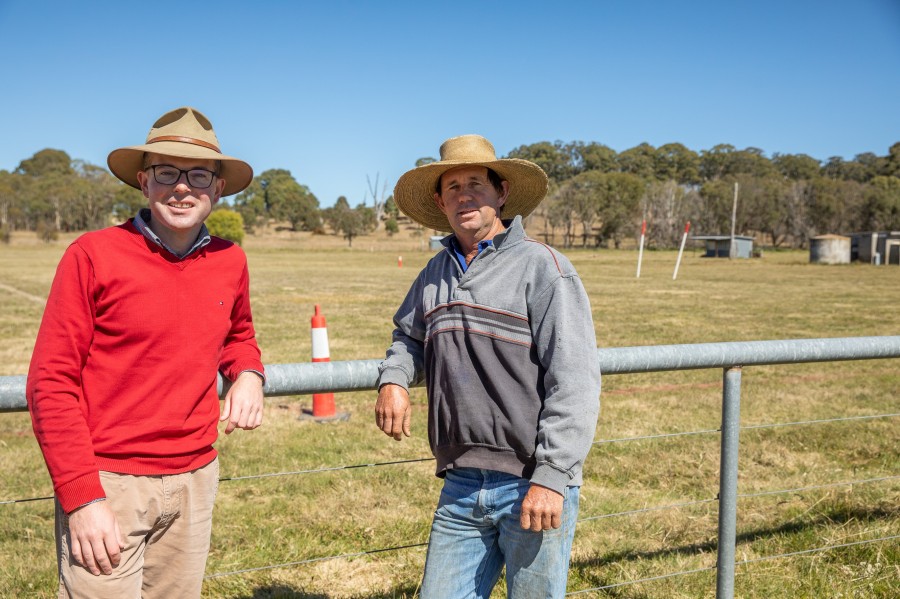 Northern Tablelands MP Adam Marshall has helped Guyra Polocrosse Club get back in saddle after a two-year forced hiatus, announcing a $5,000 State Government grant to purchase new equipment and encourage local participation.
Mr Marshall made the announcement at Bald Blair Recreation Reserve, where the committee successfully hosted the club’s first carnival since the drought and easing COVID-19 restrictions, over the weekend.
“It’s been a tough few years for the equine community, with the drought hardening arena surfaces making them unsafe and drying up the incomes of those who would normally travel to compete,” Mr Marshall said.
“With the positive change in the season it’s fantastic to see the resumption of the Guyra Polocrosse Club’s carnival at Bald Blair, with the grounds looking the best they have in about five years.
“As a way to assist the club during this rebuilding phase, $5,000 will be spent buying new equipment including balls, timers, bells, umpire jackets, bibs and the all-important rackets.
“This grant will also help kick-start the club’s effort to put money aside for a planned upgrade of its amenities by freeing up funds which would have been spent on the purchase of gear.
“Polocrosse has always played a prominent part in country life and it is really special seeing events back on the calendar and bringing people together.”
Guyra Polocrosse Club President Anthony Grills said the grant would provide a much-needed boost to the club after two years without play.
“Farmers are the backbone of the Guyra Polocrosse Club, all of whom have been greatly impacted by the worst drought in living memory and COVID-19 restrictions,” Mr Grills said.
“The funding is very much appreciated at this time, as we have had large outgoing cost over the previous years to maintain our grounds and club house, but minimal income.
“Any funds left over from the equipment buy-up will be put towards helping club members purchase their own gear and cover their memberships.
“By supporting people with the cost of maintaining membership and establishment fees, our committee hopes to put itself on a positive path to rebuilding player numbers.
“We are a very strong, family orientated club, with three generations of some families involved.
“We want to see that tradition and love for the game continue into the future and thank Adam for his support in helping us do so.”

Freezing conditions last week saw a welcome boost for local businesses with visitors flocking to the area. They arrived in droves turning parks, sporting fields and roadsides into winter playgrounds.Accommodation was booked out well in advance of the predicted falls which arrived late on Wednesday J...  read more

Business booms on first snow day of the year

Guyra’s business community received a welcome boost from last week’s snowfalls. Accommodation houses were booked out up to a week before the event, while others travelled for a day visit or even an hour in the snow.Much of the action for visitors centred on the Bowling Club and golf cour...  read more