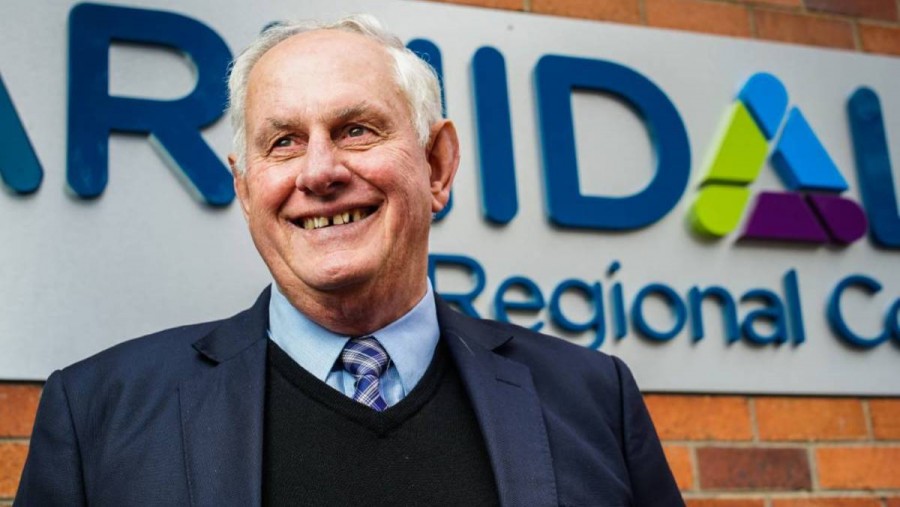 Armidale Regional Council Mayor Ian Tiley has welcomed last week’s announcement of funding for the New England Rail Trail. Cr Tiley said that even though the first stage being funded is mostly in the Glen Innes area he expects there will still be benefits for Guyra and the wider region.
“It is wonderful that Glen Innes have received $8.7 million to get the first stage happening,” Cr Tiley said.
“Council has been advocating for funding for some time and given that Glen Innes has received funding, this is a very positive step.”
“ARC has its own funding application in and it would be great if that is also successful. No doubt there would be wonderful economic benefits for the whole region.”
There has been some opposition from within Council for the project however Cr Tiley said that should not be an issue going forward.
“It was a decision of Council to seek grants to fund the building of the Armidale to Ben Lomond section of the rail trail, and it is incumbent on all councillors to accept that
decision.”
Cr Tiley acknowledged that once the rail trail is built that Council will then be responsible for ongoing maintenance, which could present some problems given council’s financial position.”
“If we are successful in our grant application, I would not hesitate in accepting the funding and get on with it,” he said.
“The ongoing maintenance issues can easily be overcome, especially when weighed up against the enormous benefits that this project will undoubtedly bring.”
Cr Peter Bailey has also welcomed the announcement and said he is looking forward to the future when the rail trail will be in full operation.
‘You only have to look at the recently opened Tumbarumba Rail Trail to see what is possible,” he said.
“In the first twelve months of operation there were 18,000 visitors and 10 new businesses have opened.
“Wouldn’t it be great to see a café open at the Ben Lomond railway station and to see farm stays and Bed & Breakfasts opening up and thriving.”