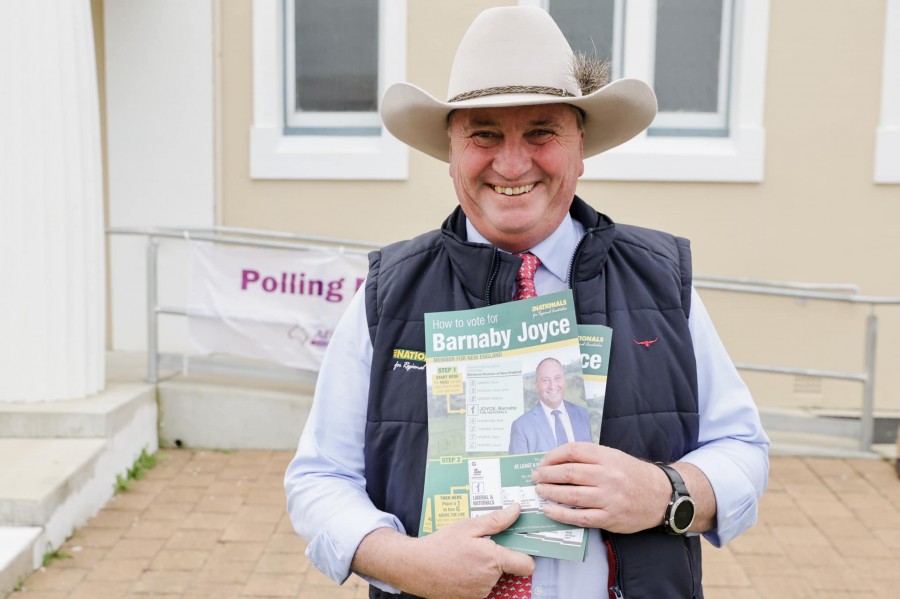 Barnaby Joyce will serve another term as member for New England following the federal election held on May 21st.
Having held the seat since 2013, Mr Joyce secured over half of the primary vote, with 52.77 per cent of first preferences. This result was down on the previous election with a 2.05 per cent swing against him.
Labor’s Laura Hughes was second in the poll, with 18.61 per cent of the vote, which was the party’s best result in 24 years.
In third place was Independent Matthew Sharpham, who claimed 8.14 per cent of the primary vote.
Claiming fourth spot was The Greens’ Carol Sparks, claiming 7.5 per cent overall. Rounding out the count was Pauline Hanson’s One Nation’s Richard Thomas (4.64 per cent), Liberal Democrats’ Pavlo Samios (3.08 per cent), Independent Natasha Ledger (2.70 per cent) and United Australia Party’s Cindy Duncan (2.57 per cent).
On a two-party-preferred basis, the Mr Joyce polled 66.43% of the vote to Labor’s 33.57% as counting continues.
Of the 966 people who voted at Guyra Central School 66.41% voted for Mr Joyce, which was slightly up on the previous election, 11.86% voted for Labor candidate Laura Hughes with Matt Sharpham third on 6.32% of the vote.
Mr Joyce has thanked the voters of New England for their ongoing support.
“I am deeply humbled by the faith shown in me by the people of New England and will continue to work hard on their behalf as their Federal MP,” Mr Joyce said.
“In government, the Coalition poured record funding into the New England electorate through projects already delivered and ‘on the table’.
“I want to see every project delivered in full and will be holding the Labor Government to account on each one, so the people of New England do not miss out.