Quality on offer at Lamb Show and Sale 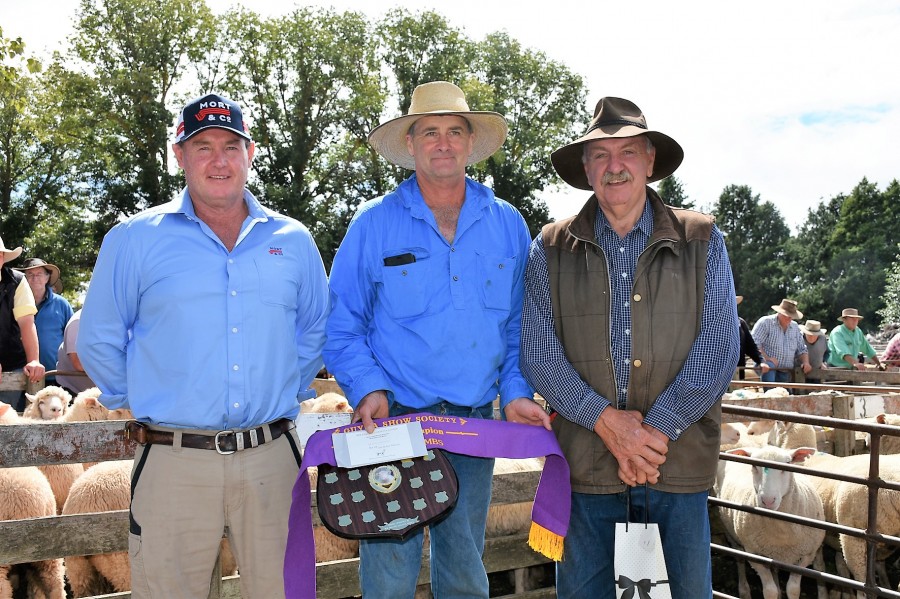 The 2022 New England Livestock Agents Guyra Lamb Show and Sale was held at the Guyra Saleyards last week. 2000 show lambs were yarded and a further 8500 sheep and lambs were auctioned on the day as part of the regular sale.
This year’s entrants were judged on pens of 20 by Brian Wellings from Walcha. Mr Wellings complimented the vendors for the quality of the offering in what has been a very trying season.
“It hasn’t been the best season for lamb finishing and the vendors deserve credit for being able to get them as good as they have,” he said. “All the lambs were beautifully presented and there were 10 or 12 pens in contention for the prize.”
“The winning pen was shorn at exactly the right time for a physical show and would be very hard to beat on the hoof as well. They are full of meat an outstanding pen of lambs.”
The Overall Grand Champion pen of lambs was awarded to Smithston Farms (Principles Dugald and Bec McIndoe), sold by Armitage & Buckley. They received a $2000 cash and 30 bags finishing feed donated by Mort & Co stockfeeds
The Champion pen Trade Lambs went to L & M Foster, Reserve Champion pen Trade Lambs ~ Eastern Fall Grazing Co, Champion pen Export Lambs ~ E & B Mahalova and Reserve Champion pen Export Lambs ~ I G Vickery & Co
Mort & Co Guyra Mill Manager, David McCathie, was on hand to present the Grand Champion winning pen of lambs sponsored by Mort & Co Stockfeeds. to Dugald McIndoe.