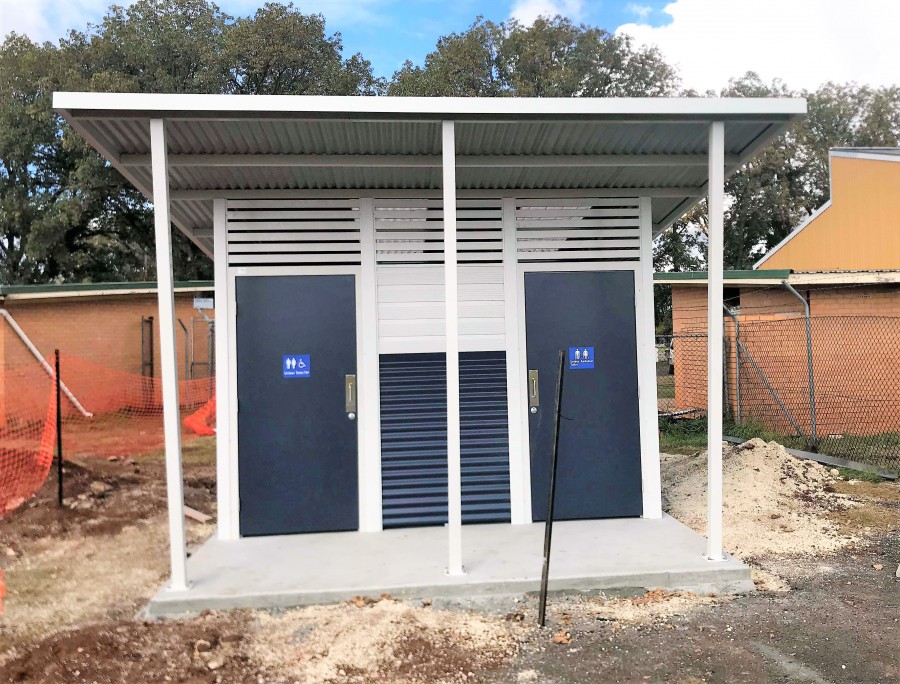 There has been no sporting action at the Guyra Recreation Ground since March, due to restrictions imposed to control the spread of COVID-19.
Usually at his time of year, Guyra United Soccer would be preparing to commence the winter sport season. The club were preparing to take part in a new competition organised by UNE this year, along with other Armidale Clubs.
While there is still no news of when sport will restart, there has been some action at the fields with a new accessible toilet block being constructed by Armidale Regional Council this month.
The $80,000 project is expected to be completed in the next few days, with internal fittings being installed in the prefabricated building.
Plans for a toilet, change room and storeroom facility at the recreation ground had been drawn up by the former Guyra Shire Council several years ago.
“We have been unable to obtain a budget to construct the building as it had been designed,” Armidale Regional Council Mayor Simon Murray said.
“However, the grounds are a hub for Guyra cricket and soccer and Council saw the need to allocate some of our annual capital works budget to include an accessible toilet facility for players and spectators,” he said.
“It will be a highly valuable asset for the various groups that use the recreation grounds, meeting the most pressing need until further funding becomes available for a multi-use clubhouse.”