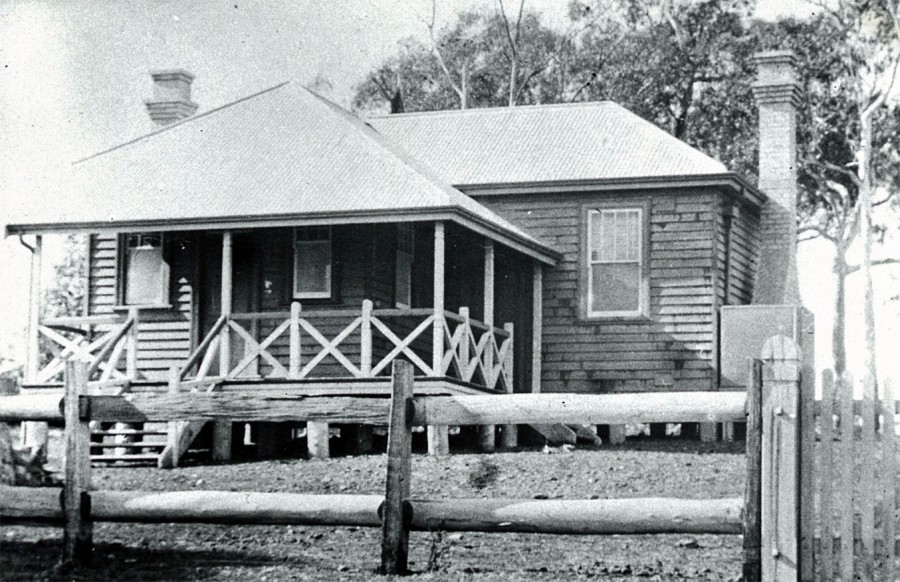 A Court House appears to have been in Guyra before the turn of the century, as the Guyra Argus in 1908 complained of the inadequacies of the existing Courthouse. Records of birth, deaths and marriages before 1900 were registered in Armidale, and between 1900 to 1935 at Tingha. Then at Guyra 1935 until the court house closed in July 1988.

From the Guyra Heritage Inventory
“The reserve was notified on 2 October 1884. The Courthouse was built 1893 and the court was officially proclaimed in 1894. A Court of Petty Sessions was established at Guyra in July 1894. The weatherboard courthouse was constructed on a steep sloping ground in South Guyra and the courthouse was entered from a small verandah.”

Guyra Argus 3rd March 1910
“ From time to time the inadequacy of accommodation of the local Court House has been keenly felt. But now those whose official Juties bring them there, and general public will be glad to learn that the Government has decided to spend a sum of £375 in enlarging it and bringing it up to requirements. At the present time the building is so small that about a dozen persons will tax its holding capacity. In December last, when there was a large number of litigants witnesses, and others present, the necessity for doing something in the matters of increasing the building was brought under the notice of the Police Magistrate by Mr. W. Panton Crail, Solicitor. Mr Atkin recognized the reasonableness of the remarks, and with commendable promptitude communicated with the Department on the matter, with the gratifying result mentioned. Mr. F.J Thomas, M.L.A has informed us that tenders will be invited for the improvements within three weeks”
Edward Drew completed these extensions that were designed in the office of W.L Veron, the Government architect. This was a skillion verandah that was added on the south west corner of the building.
Another requirement is the establishment of a Lock Up at the North end of the township. On a previous occasion efforts were made with this object, but for some reason satisfactory to themselves the authorities would not favorably entertain the proposal. The necessity for such a building has been manifest on many occasions, and during the Show week seven or eight persons for immoderately worshipping at the shine of Bacchus had to be taken to the police Station, which is about a mile distant. What this means to the police officers needs no elaborate expatiation, but to say the least of it, is a gross injustice to them. We have heard several visitors remark that it was an extraordinary thing that a second building was not provided, and opined that some of the public bodies should take the matter up with determination and vigor.
The Guyra Shire Chronicle 14th May 1985 announced that the Guyra Court house was to be in operation for the first time since October 1978. Local Court were to be held here in Guyra for a trial time.
Historical Society
Research Group