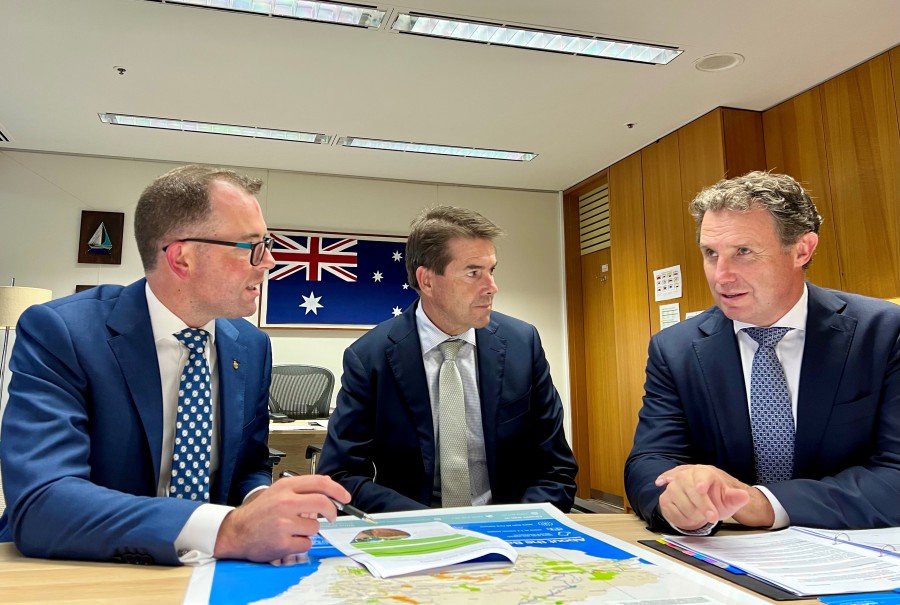 A 26.3 MILLION proposal to raise the Malpas Dam wall by 6.5 metres, has been formally put to the State Government.
Member for Northern Tablelands Adam Marshall and Armidale Regional Council Mayor Sam Coupland had a face-to-face meeting with Water Minister Kevin Anderson recently to brief him on the details of the proposal and seek his support for the capital funding to get moving on the water security project.
Armidale Regional Council has been developing detailed plans and costings for the Malpas Dam expansion, as well as other measures to secure water supply for decades to come.
Mr Marshall said if any lesson had been learned from the devastating drought, it was that action to ensure potable water security for Armidale, Guyra and surrounding communities was critical.
“When Malpas Dam was built nearly 60 years ago, it was done so with the view of increasing its capacity in line with the region’s population growth,” Mr Marshall said.
“Now is the time for us to be as bold and as visionary as this region was back in the 1960s and after the meeting with Minister Anderson I am confident we are on track to achieving that goal.
“This ambitious project must be the positive legacy to come from the worst drought in living memory.”