Region set to light up 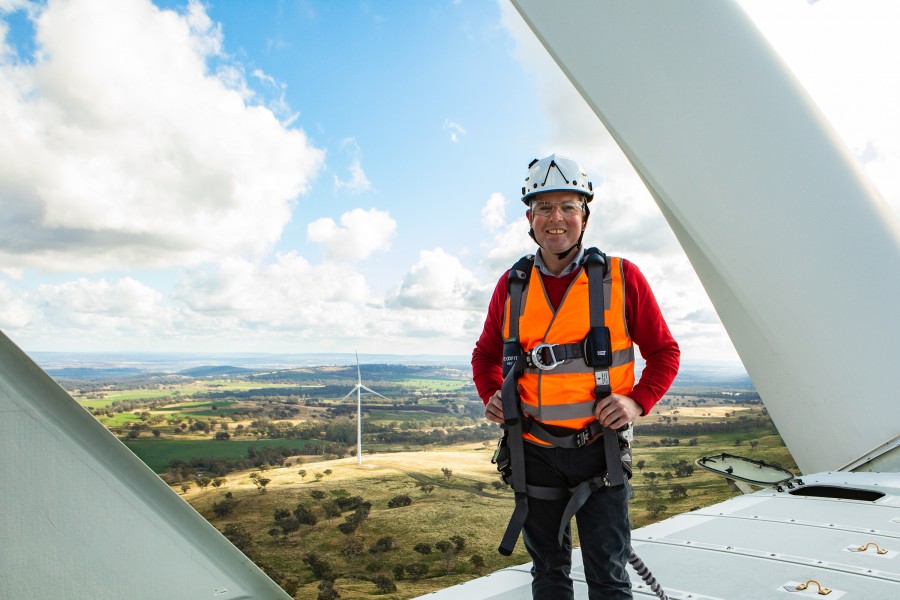 The New England will become the renewable energy powerhouse of NSW, with Northern Tablelands MP Adam Marshall and Energy and Environment Minister Matt Kean last week announcing an $80 million State Government investment to establish the State’s largest, Renewable Energy Zone (REZ) in the region.
Mr Marshall said the 8,000 MW REZ will deliver the jolt needed to recharge economies and communities right across northern NSW.
“The New England REZ is expected to attract $12.7 billion in investment for new energy infrastructure that will lower household electricity bills and capitalise on established wind and solar projects on the Northern Tablelands.
“Importantly, at a time when towns are looking for new ways to encourage employment opportunities, the REZ will generate 2,000 construction jobs and 1,300 ongoing jobs.
“Already, large scale wind and solar projects in the Northern Tablelands electorate are generating enough electricity to power 254,318 NSW homes.
“With approved projects like the New England Solar Farm at Uralla and Metz Solar Farm at Armidale expected to start construction in the next two years that output is set to explode to well over half a million regular homes.
“Further to that, an area stretching just from Walcha to Tenterfield, there is at least another 10 state-significant projects going through assessment with the NSW Department of Planning.
Mr Marshall said the REZ represented a golden opportunity to diversify economies and provide better infrastructure.
“For the first time in our region’s history, we are on the cusp of being a net exporter of energy building wealth in our communities,” he said.
“Through progressive new policy frameworks and the National Energy Guarantee (NEG), we are balancing the needs of community while government action is driving new investment in new power generation to deliver least-cost energy to customers.
“The benefits of the New England REZ blow way beyond the renewable energy sector, offering the opportunity for mass investment in things like public roads, telecommunications infrastructure and health services.
“Quality infrastructure is not only vital for the efficient delivery of electricity to the network but will also play a role in encouraging people to relocate to our area to work on these ground-breaking projects.
“The official declaration of New England as an 8,000 MW REZ is a long-awaited milestone for the future of the region and I am determined to see community-wide benefits flow from this announcement.”
REZs involve making strategic transmission upgrades to bring multiple new generators online in areas with strong renewables resources and community support. For more information, visit www.energy.nsw.gov.au/renewables/renewable-energy-zones.